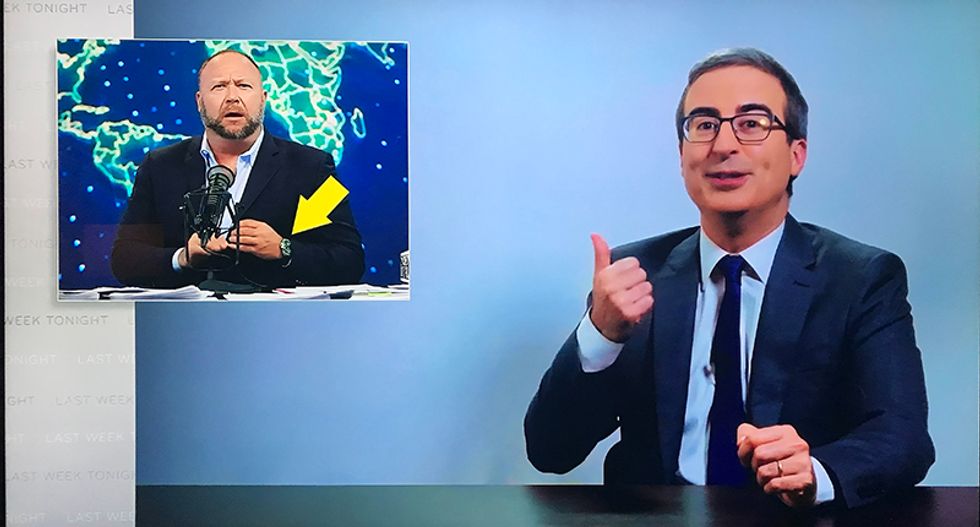 This week, right-wing media personality Alex Jones revealed that he's prepared to murder his neighbors and eat them if he needs to survive the coronavirus.

During the opening of his Sunday episode of "Last Week Tonight," John Oliver suggested that he consider other solutions that are likely less criminal.

What was among the most puzzling things to Oliver was how Jones managed from going to leading protests against stay-at-home orders to suddenly being willing to eat his neighbors.

Secondly, Jones explained that the reason he was willing to murder his neighbors to eat them was to ensure he could "feed my daughters."

"There is a lot to unpack there, obviously there's the ass-eating problem, but even before that he's threatening to feed his neighbors to his daughters, which is weird enough when you consider, he also has a son," said Oliver. "What about him A.J.? Why doesn't he also get to eat any human flesh?"

Finally, Oliver explained that while Jones is making plans to devour his neighbors "several years out, while also wearing an $8,000 watch. You know, I'd maybe consider selling that or, I don't know, planting a garden before stooping to actual cannibalism."