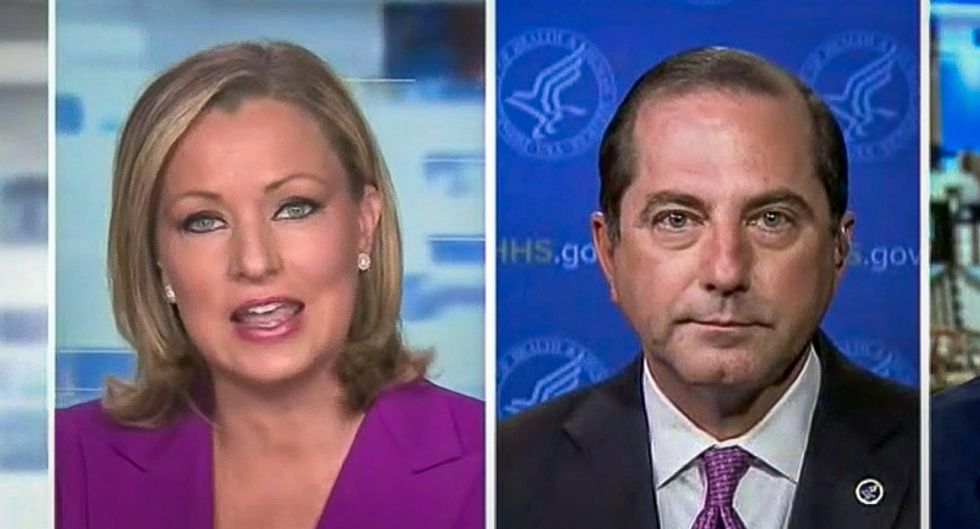 Health and Human Services Secretary Alex Azar on Tuesday insisted that there is no "difference" between the claim the novel coronavirus escaped from a lab in China and the assertion that it began in a wet market.

During an interview on Fox News, host Ed Henry noted that Secretary of State Mike Pompeo has said that there is "enormous evidence" that COVID-19 began in a Chinese lab. But Dr. Anthony Fauci, the US government's top infectious disease expert, has said that the scientific community is "very, very strongly leaning toward" the idea that the virus began in bats.

"I don't think there's a distinction between them," Azar insisted. "Of course, Secretary Pompeo has access to information that Dr. Fauci may not have. So there's not necessarily a difference of opinion there."

Fox News co-anchor Sandra Smith pointed out that the World Health Organization has called on the Trump administration to release any evidence that points to the virus originating in a Chinese lab.

"If the United States intelligence community has evidence that this came from that Wuhan lab, share it with us," Smith said. "Otherwise, it is just speculative at this point."

"We will at the appropriate time," Azar opined before launching into an attack on China and the World Health Organization.