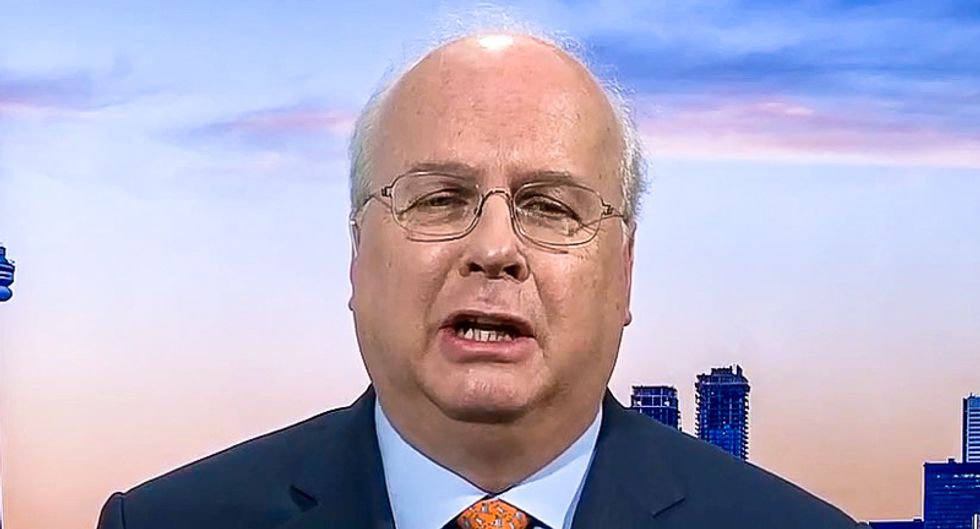 The former president questioned President Donald Trump's maturity and leadership Saturday during a virtual commencement address, and Rove -- a Republican strategist and senior advisor and deputy chief of staff during the George W. Bush administration -- complained on "Fox & Friends."

"It is so unseemly for a former president to take the virtual commencement ceremony for a series of historically black colleges and universities and turn it into a political drive-by shooting," Rove told Fox News.

"This is a moment where these young graduates that could be inspired to a life of service, to recognize that life is going to bring challenges and how we handle the challenges it's going to demonstrate our character, there are lots of positive messages that the former president could have delivered," Rove added, "but the news that we have out of this speech, out of this appearance is he says, 'The pandemic has finally fully torn back the curtain that so many of the folks in charge don't know what they're doing, lots of them aren't even pretending to be in charge.'"

"I mean, think about that," Rove said. 'He has slandered, you know, not just the president who's his political target, and he made it clear a week ago he was going to go after him, but he's taking a slap at the vice president who has been an extraordinarily effective job as the head of the coronavirus task force, Dr. Fauci, Dr. Birx, Secretary Azar, Director Collins -- all of the army that put up that hospital in the Javits Center, the Navy that sent its ships to Los Angeles and New York, all of these people in charge of responding to this, he's now finally said they don't know what they're doing."

Rove then falsely accused Obama of letting the stockpile of crucial medical supplies dwindle away to nothing.

"We're getting lectured by a guy whose administration depleted the National Strategic Stockpile of N-95 masks after a previous smaller pandemic and didn't replenish it, and he's sitting here lecturing the current president by just in a blanket condemnation of everybody whose been involved in this," Rove said. "'These people don't know what they're doing, they aren't even pretending to be in charge.' Really amazing."