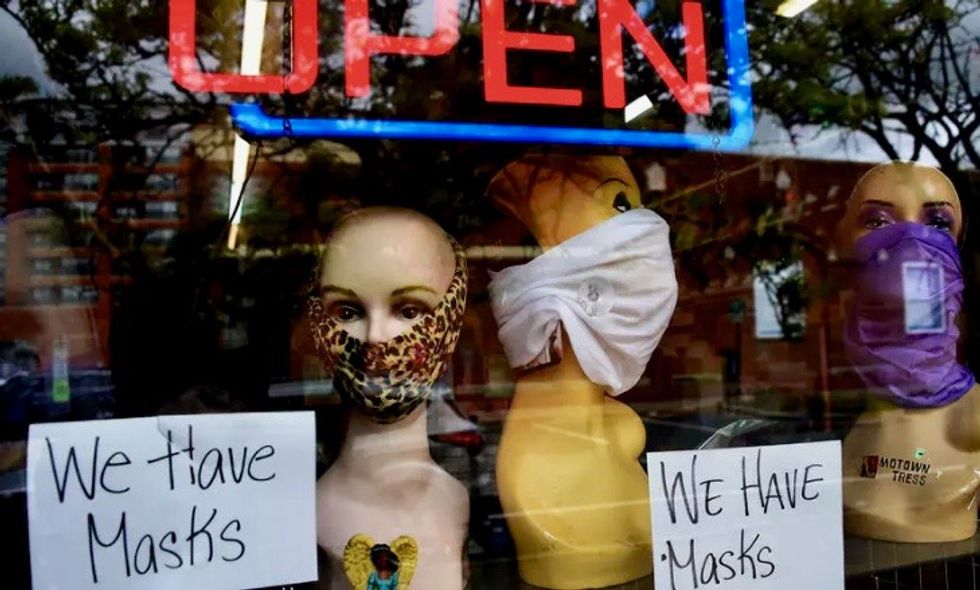 On Friday, CNN reporter Brian Todd said law enforcement is fearful that the recent string of assaults and killings of workers trying to enforce public health guidelines on wearing masks will only get worse.

"Tension, confrontation, and violence seem to be escalated in recent weeks as businesses open up and customers brush back on the rules requiring face masks," said Todd. "Some people have said they have a right not to wear one and many people have been confused because so many jurisdictions have different ordinances about masks. But health experts are unequivocal about why they're important."

"Law enforcement analysts are worried tonight that as more businesses and public spaces reopen, that the confrontations over wearing face masks will only escalate, stretching the resources not only of law enforcement but also of businesses, which may have to hire extra security now," said Todd.

Iran, US to resume indirect nuclear talks this week

Iran and the United States plan to resume indirect talks this week in a Gulf country, in a fresh bid to revive the landmark 2015 nuclear deal, both sides said Monday.

They did not name a country, but Iranian state media said the negotiations would be held in Qatar.

A slur-spewing woman who was arrested for disorderly conduct warned police over the weekend that she would "call Donald Trump" on them if they detained her.

The Newburyport Daily News reports that 61-year-old real estate agent Julianne Douglas caused a scene last week at the Briar Barn Inn in Rowley, Massachusetts, when she hurled a racial slur at a Black employee who asked her and a friend to not speak loudly, as it was past 10 p.m. on a Thursday.