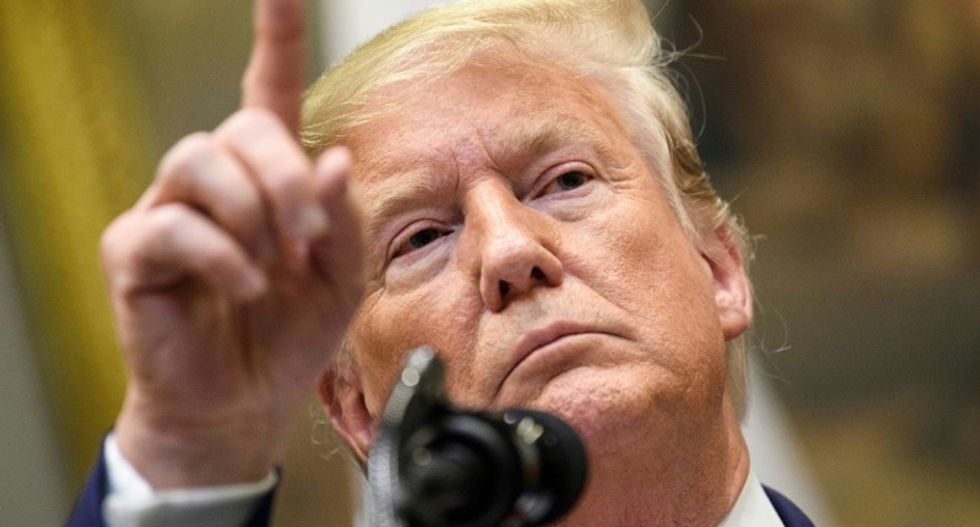 House Democrats are demanding that the Trump administration turn over to Congress all documents related to an internal State Department plan that reportedly proposes giving Americans direct cash payments in exchange for cuts to their Social Security benefits, an idea advocacy groups denounced as "monstrous."

In a letter (pdf) sent late last week to Keith Krach—Under Secretary for Economic Growth, Energy, and the Environment at the State Department—Reps. Joaquin Castro (D-Texas) and John Larson (D-Conn.) called on the administration to release in full the so-called "Eagle Plan," the existence of which was first reported last week by the Washington Post.

"In this moment of crisis, when millions of Americans are struggling to make ends meet and fear for their retirement, we should be enhancing Social Security, not developing policies to reduce benefits," the lawmakers wrote. "The idea that you would ask individual Americans to sell out their hard-earned retirement security as the price of desperately-needed help during a crisis is unacceptable."

The Post reported that the "Eagle Plan" was written by Paul Touw, chief strategy officer to Krach, and forwarded to the White House Council of Economic Advisers by President Donald Trump's son-in-law Jared Kushner.

In a statement, Castro characterized the internal State Department proposal as "a secret plan to cut hard-earned Social Security benefits."

"This should not be a surprise after earlier this year in Davos when President Trump said, 'At the right time, we will take a look at that,'" Castro said. "Jeopardizing retirement security during a health and economic crisis that disproportionally impacts older Americans is not the 'right time'—we should only be strengthening Social Security.”

Larson, who has proposed an emergency expansion of Social Security benefits during the coronavirus crisis, echoed Castro, saying "the idea that we would ask Americans to sell out their retirement and long-term security for assistance during a crisis is insane."

"Social Security is here for Americans for times exactly like the ones we face today," said Larson. "It is time we strengthen it. This attempt is ludicrous."

.@JoaquinCastroTx & I are urging the Trump Administration to turn over all documents & information involved in thei… https://t.co/hIR9URahah
— Rep. John Larson (@Rep. John Larson)1589579456.0

According to the Post, the "Eagle Plan" is one of two proposals to cut Social Security that senior White House officials have considered in recent days as the administration and congressional Republicans claim to be concerned about the rising deficit. Progressives have warned that the GOP's renewed deficit hawkery is a cynical ploy to justify gutting safety net programs.

Alex Lawson, executive director of advocacy group Social Security Works, said in a statement last week that the "Eagle Plan" would "force people to choose: Go hungry today or work until you die."

"The Trump administration is obsessed with using the coronavirus crisis to undermine our Social Security system," said Lawson. "Social Security is an earned insurance benefit. It is not a piggy bank."

"This plan, and any plan that raids Social Security, is a moral abomination," Lawson added. "Instead of trying to steal the earned benefits of desperate people, the government should be sending $2,000 a month to everyone in America, as Democrats in Congress have proposed."

The comedian laid out all the reasons President Joe Biden differs with Donald Trump.