Markets cheer 'light at end of tunnel' in virus crisis 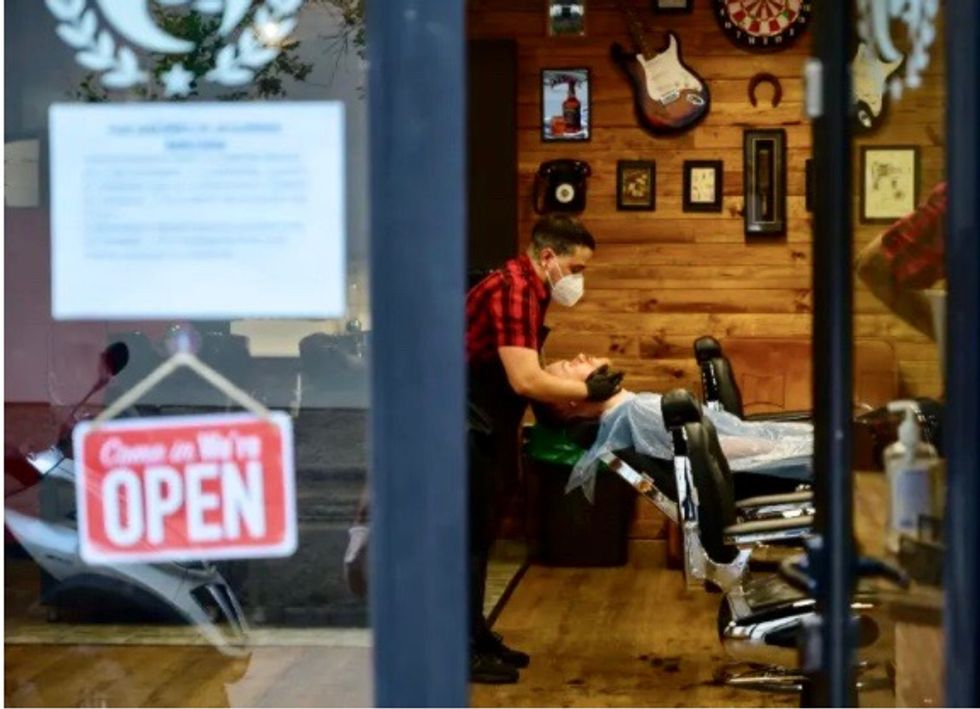 Equities and crude rallied Tuesday as investors cheered a further easing of lockdowns in some countries, which offset fears of a renewed trade war between China and the United States.

While the global death toll from the coronavirus passed 250,000 and infections approached 3.6 million, there are signs it is easing, allowing governments in Europe and parts of Asia-Pacific as well as some US states to begin allowing some businesses to reopen.

"Markets have reacted to the fact that it seems that there is a little light at the end of the tunnel," Scope Markets analyst James Hughes told AFP.

"Lockdown easing in the likes of Spain and Italy has led to many looking at timelines for many aspects of life re-opening.

Madrid and Milan each chalked up gains of 0.9 percent.

"We must be cautious over the lockdown easing however as a return to normal life is still a long way off with social distancing measures likely to be place for many more months," added Hughes.

"So markets may be in recovery mode but we are yet to realize the full effect that a virtual halt to the global economy has had on many individual countries."

In Asia, Hong Kong closed up 1.1 percent as dealers cheered news that some restrictions would be lifted in the city and brushed off data showing its economy suffered its worst contraction on record in the first quarter.

The reading means it is suffering its longest recession since the financial crisis.

Sydney gained more than one percent, while Mumbai gained 0.8 percent and Taipei edged up 0.5 percent. Tokyo, Seoul and Shanghai were shut for holidays.

Dealers were keeping tabs on China-US relations after Donald Trump hit out at Beijing over its handling of the outbreak, saying it began in a Wuhan lab, but so far offering no evidence.

The comments, and his warning he could hit China with fresh tariffs, fanned fears of a repeat of the standoff between the economic superpowers that battered markets last year.

Beijing has not officially responded to the comments.

The global easing of lockdown restrictions fanned a sizeable rise in oil prices, which had endured a torrid April, with signs of a pick-up in demand helped by massive output cuts by key producer.

Shanghai - Composite: Closed for a holiday

Tokyo - Nikkei 225: Closed for a holiday