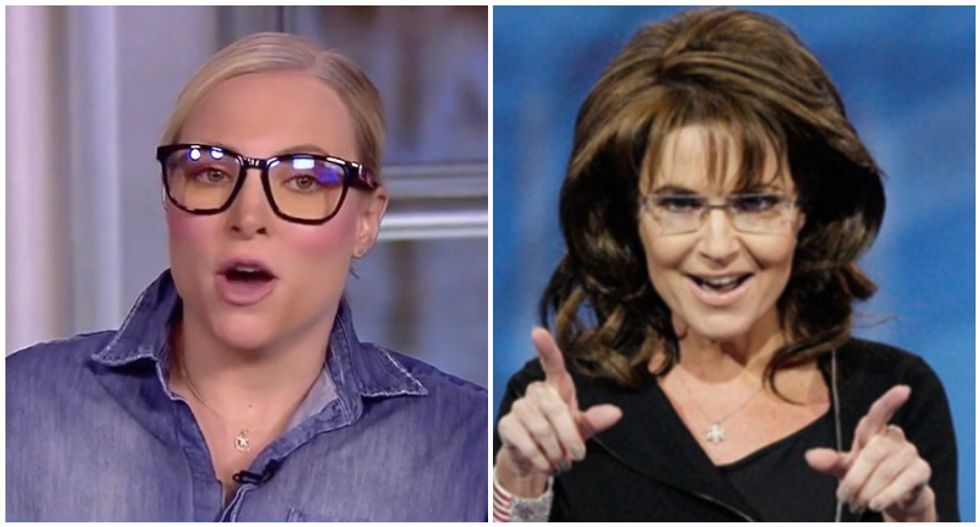 "The View" co-host Meghan McCain urged Joe Biden not to make the same mistake as her father in choosing a running mate.

The former vice president has been rumored to be leaning toward choosing Sen. Amy Klobuchar (D-MN), but McCain drew from her own experiences to inject a word of caution.

"I'm not a big believer in chemistry tests across the board," she said. "I think there can be a short illusion, and anyone can perform very well in a short period of time. Not to make this about me, but when I was originally offered the job on this show, they wanted to test me with a bunch of the ladies and I said, no, you see what I can do. I again refused a chemistry test and got hired anyway. I think vice presidential picks are the same way."

She then compared Biden's choice to one faced by her father, Sen. John McCain, when he was the 2008 Republican presidential nominee.

"My father, and I know people get very triggered when I talk about him, so just bear with me," McCain said. "He chose an unorthodox running mate and someone he hadn't had a lot of experience with, and, in fact, I believe he only met Sarah Palin before announcing her as his vice presidential pick."

Her father came to regret his choice, McCain said.

"When he was dying, he did an interview with the HBO documentary filmmakers and he said one of his biggest regrets wasn't choosing Joe Lieberman," she said.

McCain said the political moment was much too large to choose another Palin.

"Joe Biden has to go with the person who is going to lead us out of this absolute epidemic -- pandemic, generational crisis -- because as far as I'm concerned, it's looking like it's going to get a whole lot worse before it gets better, and he needs to go with someone who is going to look like someone he trusts," McCain said. "He trusted President Obama, they were very close friends. It was widely reported and widely known of their friendship and trust, and that's the thing that's most important, and this is as [co-host] Sunny [Hostin] put it, beauty queen contest, who can perform the best in front of a camera for 20 minutes is probably completely ill-suited for this time."