Mitch McConnell mocked after admitting he was 'wrong' on Obama: 'Backed into a corner' 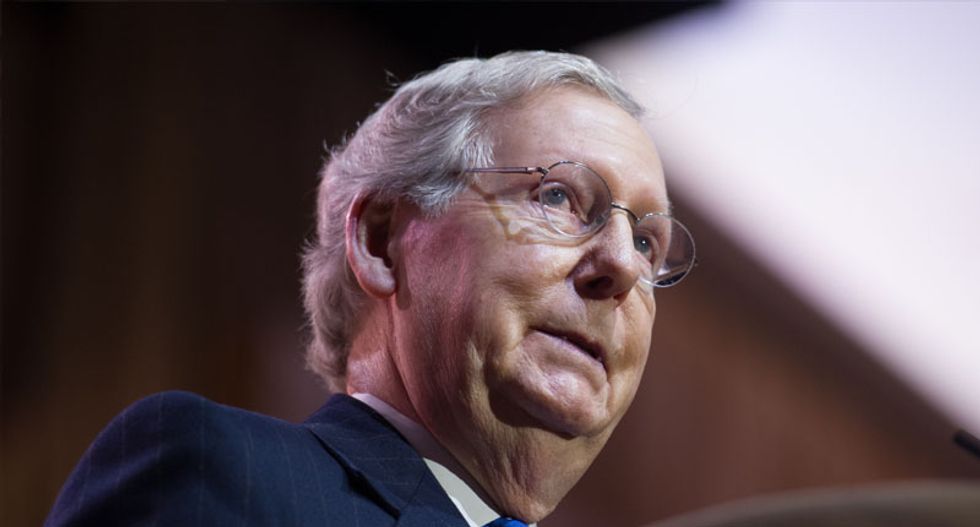 On Fox News Thursday, Senate Majority Leader Mitch McConnell (R-KY) admitted he had been 'wrong' that President Barack Obama had not left a pandemic plan, when confronted by anchor Bret Baier.

McConnell's about-face drew mockery from social media, with many commentators gleeful that the Republican had admitted to a major falsehood.

@JCTheResistance @SenateGOP Mitch McConnell is backed into a corner and forced to admit he lied about the Obama adm… https://t.co/iGK2rGSJeE
— Dame jones (@Dame jones) 1589502620.0

I give McConnell credit. It's rare for a Republican to admit error and acknowledge reality. Much more common respon… https://t.co/aUWzOPzwaK
— Jonathan Chait (@Jonathan Chait) 1589500177.0

@thehill typical. Make bald faced lie to supporters. They eat it up. Then perform the walk back when nobody is listening.
— Dan Lichtenstein (@Dan Lichtenstein) 1589502090.0