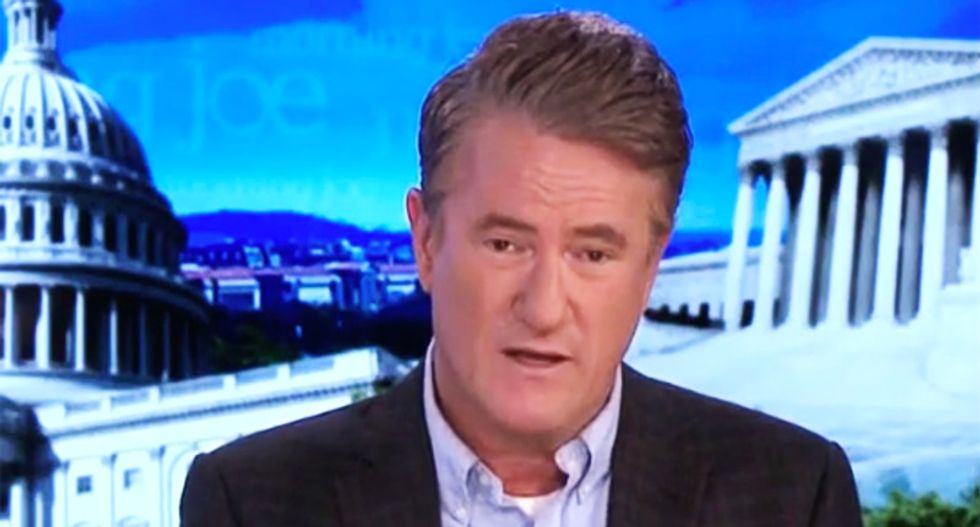 On MSNBC's "Morning Joe" Monday morning, host Joe Scarborough broke down the numbers of coronavirus pandemic victims in the U.S., explaining that the U.S. is suffering a disproportionate number of cases compared to the rest of the world due to bungling by Donald Trump's administration.

Sitting in with co-host Mika Brzezinski and regular Jonathan Lemire, the MSNBC host was genuinely stunned by the disparity of numbers of COVID-19 cases.

Sharing a clip of the president on Friday repeatedly downplaying virus cases in the U.S. as "tiny," Brzezinski dug into the latest numbers.

"The director of the CDC says the U.S. is now on track to pass 100,000 COVID-19 deaths on June 1st," she continued. "That's exactly two weeks from now. The director says the estimate is based on 12 different models from top institutions, including Columbia University and MIT."

"It is remarkable that this same president, who actually said in January, when his staff was warning him that 500,000 Americans could die, and weeks after he started to get warnings from the State Department, from the Pentagon, from his intel briefings every day, he said -- this was on January 22nd -- going to be one person coming in from China, and it was all taken care of. Even when the warnings became more public, the president said it was 11 people and it'd be down to zero. 15 people was going to be down to zero. It was going to go away magically."