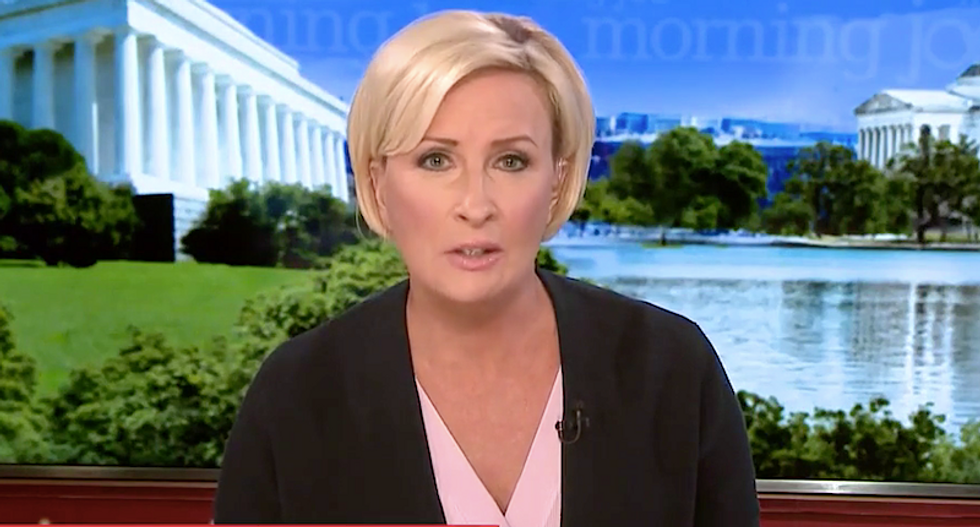 The "Morning Joe" co-host said his handling of the pandemic has been scandalous, and she said the stakes were too high for his usual strategies to work.

"This virus is really different than other presidential scandals in terms of people criticizing the way the president has handled it, or citing his incompetence -- total and complete incompetence -- that many see is a scandal," Brzezinski said. "It's led to the deaths of tens of thousands of Americans. Unlike the Mueller report or the Ukraine scandal, many Americans, maybe Trump supporters across America, hard-working people who are going to work the next day and are worried about the next paycheck, they were willing to let him deal with it, to trust him on it, to go with it. But this virus has something different happening to every single American, including Trump's base."

"This virus has American citizens fact-checking the president themselves," she continued. "They are scared. Something seems wrong with everything that he is saying as it pertains to this virus. When someone tells you to put disinfectant under your skin, you want to double check that. When someone is touting a drug that the chief doctor for the United States, representing the fight against this virus, is saying, 'No, it's dangerous,' you want to fact-check that. If your child is a nurse or a doctor on the front lines, going to work every day, 12-hour, 14-hour, 16-hour shifts, and you're worried they will be exposed to the coronavirus and they, too, may be one of the many deaths, that your son or daughter is dealing with every day, you want to fact-check the president. If you, yourself, have the coronavirus or you know someone who has suffered deeply, or perhaps you know someone who has died a terrible death, you want to fact-check this president yourself."