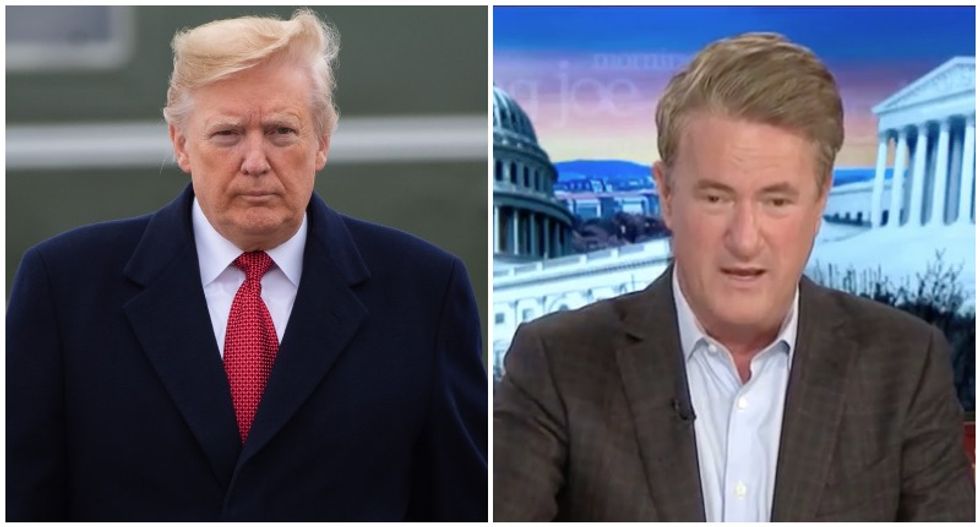 A slew of polls showed Americans have turned against his response to to the coronavirus crisis, and his top campaign officials are raking in millions as his re-election chances sink.

"This president is running blindly forward," Scarborough said. "He's in a full-blown panic because he sees that this week's political polls, the first week in May, which are just not relevant to where the president's going to be in November, he sees polls this week, today, looking badly for him."

"He sees that his campaign manager [Brad Parscale], who has spent millions and millions of dollars, has gotten rich off of that," Scarborough added. "He sees stories that are out there meant to distract him, that Brad has gotten really, really rich off of all of the campaign money that Donald Trump has raised, and he's looking at the polls and things are getting worse for him everywhere."

The coronavirus is hitting states that backed the president in 2016, and he's losing support from the seniors who helped elect him.

"This virus is not a Republican virus or a Democratic virus, and it's not about red state or blue state America," the "Morning Joe" host said. But this president just can't engage, and he's acting more reckless than ever."