Pelosi: 'I didn't know Trump would be so sensitive -- he's always talking about other people's weight' 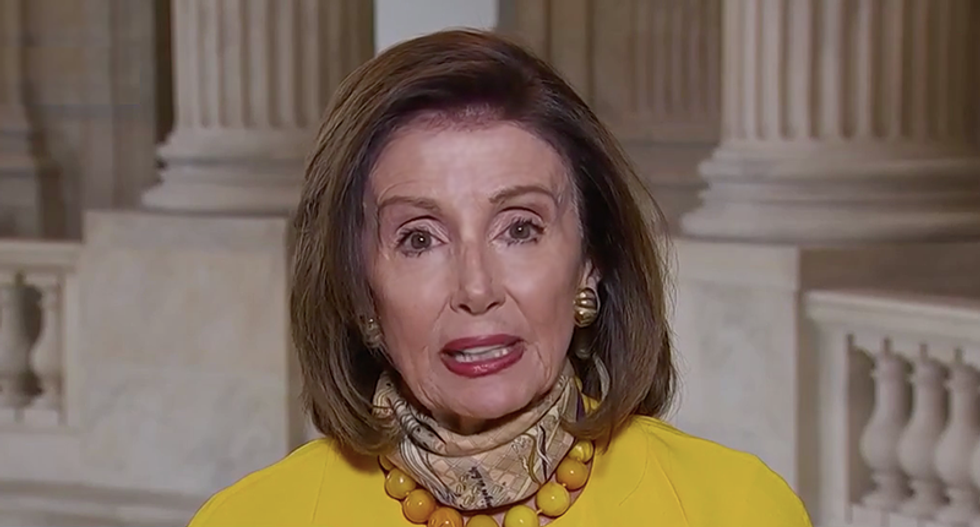 President Donald Trump lashed out at House Speaker Nancy Pelosi during a visit to Capitol Hill on Tuesday.

During an interview with CNN, Pelosi said that she was concerned about Trump's health given he's taking the drug hydroxychloroquine. His age and weight don't exactly lend themselves to taking a drug that has been proven to cause irregular heartbeats, feeling nervous or irritable, hair loss, skin rashes, and other problems.

Speaking to Republicans, Trump claimed, "I don't respond to her. I think she's a waste of time."

He then responded to her with an attack, saying she is "sick" and has "mental problems."

"I didn't know that he would be so sensitive, he's always talking about other people's weight, their pounds, so -- I don't want to spend any more time on his distraction because as you see in the last couple of days, so much of the time has been spent on what he said rather than that, I think he should recognize his words weigh a ton," Pelosi said, noting the times he told Americans to inject disinfectant.

Trump has spent years attacking comedian Rosie O'Donnell as a "fat pig," he mandated a Miss Universe work out more and lose weight because he thought she'd gotten too fat.

"He should be saying what your previous guest mentioned, things that will help people," Pelosi continued. "Let's not dwell on him, we have to dwell on is over 90,000 Americans have died, lost their lives to this villainous virus and a million and a half infected. We don't really know the full total of it and that's why HEROES Act says, 'test, test, test and trace and treat,' so that we can lower the amount of people who are dying."