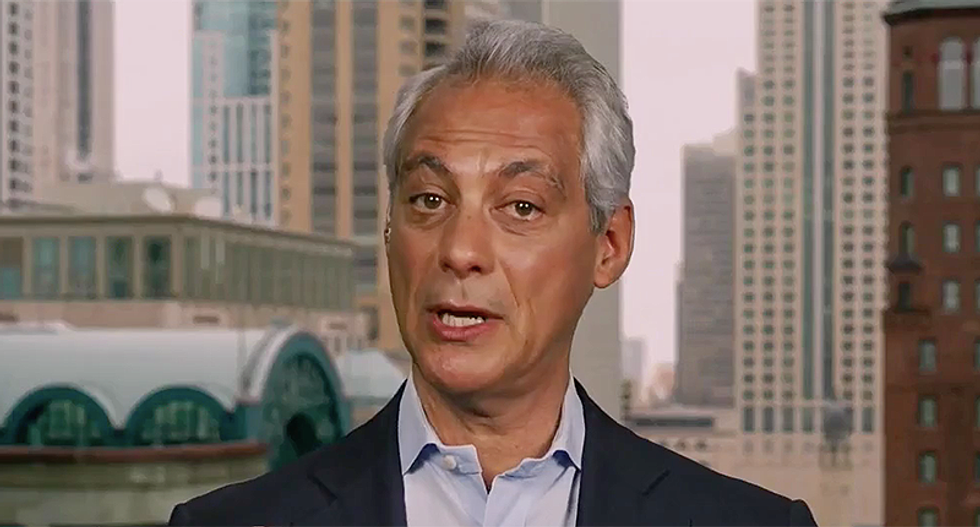 It has been three years since former national security adviser Susan Rice was attacked by the right for "unmasking" Flynn in the report about his call with the Russian ambassador in 2016. Three years later, Republicans have renewed their interest in the Flynn case and are insisting it is a scandal. The move came after Trump and his lawyer Rudy Giuliani attempted to create a conspiracy in Ukraine that ultimately got Trump impeached.

Emanuel called out Trump's 2017 tweet, where the president admitted that he had to fire Flynn, "because he lied."

"I had to fire General Flynn because he lied to the Vice President and the FBI," Trump said Dec. 2, 2017. "He has pled guilty to those lies. It is a shame because his actions during the transition were lawful. There was nothing to hide!"

"Look, I went through two different times of being interviewed by the FBI. Once for President Clinton and the highest security clearance as chief of staff for President Obama," recalled Emanuel. "There's a rule when it comes to the FBI interview. You lie, you die. Simple rule. He lied and he acknowledged it three times, and President Trump on December 2, 2017 tweeted out, 'I fired him because he lied.' A jury of one, the president, fired him because he lied."

He went on to explain that Flynn, and anyone talking to the FBI, has two choices "Tell the truth or lie."

"He could have told the truth and this would have all been -- gone away," Emanuel continued. "He lied not only to the FBI, he lied to Vice President Mike Pence, and President Trump fired him for lying. Then he also said it not once but three separate times to the judge, and now the whole legal system is on trial here about whether we have a system of laws. I just think that this is an attempt, again, to airbrush out of history and airbrush the fact that you had somebody who lied about his contacts to the Russians, and Trump, whenever it comes to Russia, everything about him comes exposed. Being exposed, he gets really nervous when people understand his relationships with Russia and also people around him who are in constant conversation with one of America's major adversaries around the globe who are undermining America's leadership."