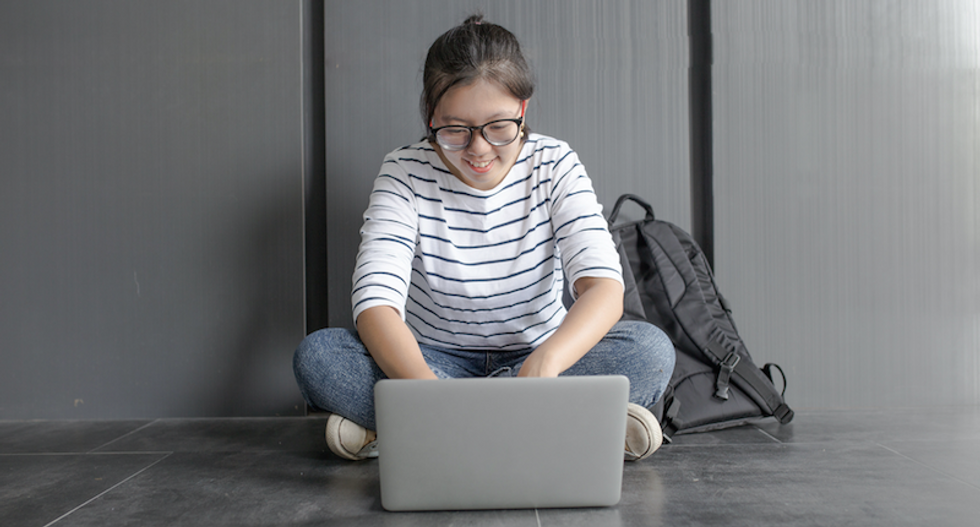 The importance of remote work, also known as telecommuting, is evident during the current COVID-19 crisis. During a period of confinement and physical distancing, telecommuting has enabled some workers to carry out their usual tasks from home.

But remote work can also be a source of socioeconomic inequality for workers in many different ways. These are related to the job sector and employers, as well as to the loss of the benefits associated with remote work.

As shown in the graph below, compiled from the 2015 Canadian General Social Survey (GSS), the number of telecommuters increases with personal income. The higher a person’s salary, the most likely they are to be able to work from home:

The possibility of working remotely isn’t available to everyone, with one Canadian study estimating that only 44 per cent of jobs are compatible with telecommuting. Remote work is particularly common among university graduates, managers and professionals, but its practice also depends on the sector and the nature of the job. Finance, for example, compared to manufacturing, is more suitable to remote work. Consequently, many workers are deprived of an alternative that allows them to continue working during crises like the COVID-19 pandemic.

The option to work from home also varies across organizations since some are more reluctant than others to offer it. In 2013, an estimated 23 per cent of businesses offered telecommuting options in Canada.

During the COVID-19 pandemic, employees unable to work from home, such as restaurant servers, personal trainers or manufacturing workers, may be laid off temporarily or permanently, a burden that seems to be falling disproportionately on low-income workers.

Benefits not available to low-income workers

In addition, people who work from home spend less on food, clothing and transportation. In 2011 in Canada, cost savings were estimated at between $600 and $3,500 annually for an individual telecommuting two days a week.

Studies have shown that employees in Canada, the United States and France view telecommuting positively in terms of work-life balance. Those unable to telecommute, most of them low-income workers, are unable to reap these lifestyle and financial benefits.

Given its potential benefits, telecommuting is an attractive option to many. Studies have shown a substantial number of workers would even agree to a lower salary for a job that would allow them to work from home. The appeal of remote work can be especially strong during times of crisis, but also exists under more normal circumstances.

The ongoing crisis therefore amplifies inequalities when it comes to financial and work-life balance benefits. If there’s a broader future adoption of telecommuting, a likely result of the current situation, that would still mean a large portion of the working population, many of them low-income workers, would be disadvantaged.

This raises important issues for governments and organizations in general. This is especially true in the current public health crisis as workers and companies are suffering substantial financial losses.

The federal and provincial governments have already taken appropriate action through a series of measures such as the Canada Emergency Response Benefit (CERB) and the Canada Emergency Wage Subsidy. Obviously, these measures aren’t directly targeting inequalities related to telecommuting, but they nevertheless help ease the financial woes of workers. Governments and firms have also taken measures to increase the wages of many workers who work on the front line of the pandemic, namely grocery stores and nursing home employees.

But governments can and should do more to increase the adoption of remote work to help reduce inequalities. Policies to encourage telecommuting could be justified for many reasons, including reducing travel at peak hours during the climate change crisis and accommodating employees with family constraints.

Remote work could help reduce the number of cars on the road.

How to solve remote work inequality?

Governments should encourage the adoption of telecommuting by employers where it’s possible but not yet implemented. They could, for instance, provide information to organizations about how it works. This could take the form of guides for the implementation of remote work that would establish well-defined objectives and describe how results will be evaluated, as well as follow-up protocols.

Governments could also consider subsidizing and offering fiscal incentives for organizations that offer remote work options, for example by helping to provide home computers and other equipment for workers.

For those working in the service industries, remote work is not an option.

While this will increase the feasibility of remote work for some workers, a large share of the workforce — those in manufacturing and service industries, for example — aren’t helped by it because they have jobs that are incompatible with remote work.

That means that even with existing and potential government encouragement, achieving equal access to remote work across all income levels will continue to be a challenging problem.