Republican explains why he won’t wear a mask: ‘It’s part of the dehumanization of the children of God’ 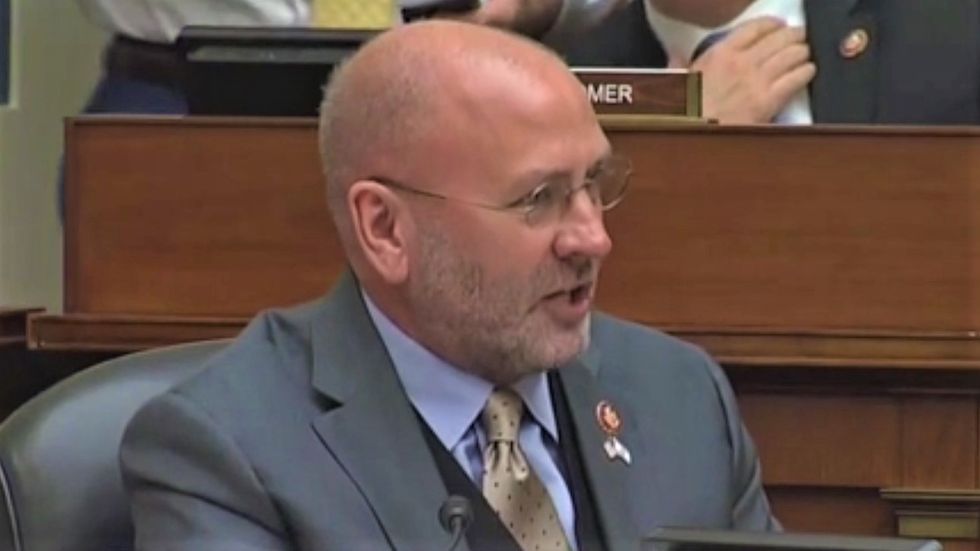 On Thursday, CNN spoke with GOP lawmakers who refuse to wear masks — and one of the more colorful responses came from Rep. Clay Higgins (R-LA).

"Can you smell through that mask?" said Higgins. "Then you're not stopping any sort of a virus. It's part of the dehumanization of the children of God. You're participating in it by wearing a mask."

"What you're wearing is a bacteria trap; it's not helping your health or anybody else's," Higgins added.

In reality, medical experts have broadly recommended wearing face masks not to protect yourself from coronavirus, but to suppress transmission to other people in case you are carrying the virus without symptoms. COVID-19 spreads from particles carried by coughing, sneezing, or exhaling, and can be present before symptoms begin — or even if they never develop.

"While most members in both parties wear face coverings throughout the Capitol, including Speaker Nancy Pelosi, a California Democrat, and House Minority Leader Kevin McCarthy, a California Republican, other than when they speak on camera, it's a group of Republicans who choose not to wear face coverings while Democrats universally are spotted wearing masks while in the chamber," reported congressional correspondent Manu Raju. "Police officers, aides, reporters in the Capitol and all but a couple of senators wear masks — but a group of House Republicans continue to choose not to, something President Donald Trump has refused to do as well."