Republicans 'weaponized' gerrymandering in 2010 -- this is how they did it 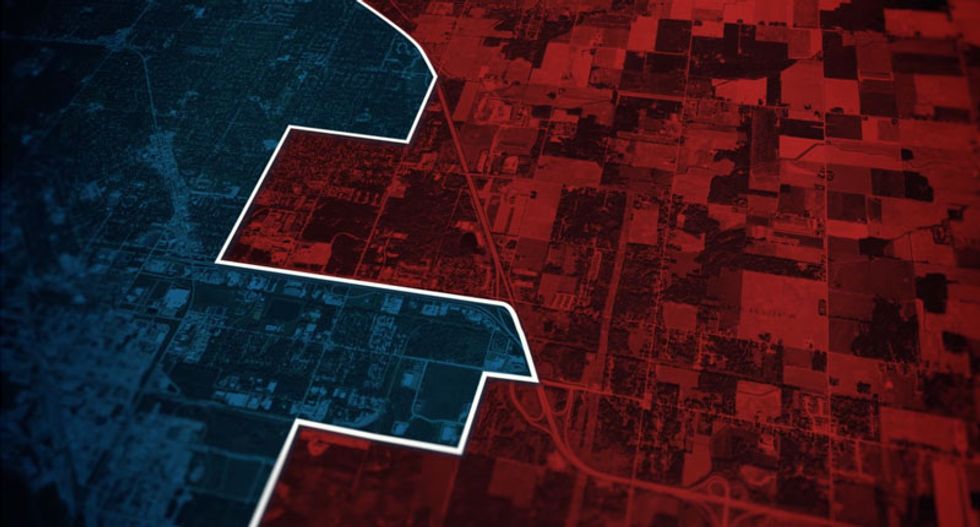 In this clip from the new documentary film, Slay the Dragon, journalists Dave Daley and Ari Berman explain how legislators use gerrymandering to draw districts that are favorable for their party’s candidates. Former Wisconsin State Senator Dale Schultz (R) explains, “It really represents legislators picking voters rather than voters picking legislators.”

Bill Moyers talked with Dave Daley earlier this year about gerrymandering, recent elections and the 2020 election. Congressional districts are redrawn every 10 years after the US Census (which is another reason why it’s important that everyone fill out their Census forms). But in 2010, something different happened.

BILL MOYERS: This was the subject of your first book, of course. You took on gerrymandering, which as most of us realize, is a very old feature of democracy in America that allowed partisan state legislatures to draw congressional districts to their advantage. Both parties did it.

Then [in 2010] it got out of control. This is stunningly clear in your book. You showed the country how Republicans had weaponized gerrymandering. Just briefly summarize the story you told for our listeners and our readers. You know, what The New York Times review called the “true story behind the secret plan to steal America’s democracy.”

DAVID DALEY: Republicans after the 2008 election needed to find themselves a pathway back to power. In 2008, you not only had the election of Barack Obama, our first black president, but you had a Democratic supermajority in the Senate and a renewed Democratic majority in the House.

You had these changing American demographics that many observers, both Democrats and Republicans, looked at and thought that it meant that the Democrats were going to be the majority party in this nation for a generation.

And as we know, it didn’t exactly work out that way. Right?

And I think the most important reason for that is because these Republican strategists recognized that as historic as 2008 was, 2010 had the ability to be much more of a consequential election.

Because 2010 is a Census year, which means it’s a redistricting year. Because we would redraw every congressional and state legislative seat in the country in the year following the US Census.

Elections ending in zero are just much more consequential. Because you can win back the power to draw all of these districts.

[In 2010,] Republicans recognized the opportunity in this. It’s state legislatures that have the ability to draw most of these lines, both for themselves and also for Congress. So a handful of Republican operatives launch a plan called The REDMAP, which is short for the Redistricting Majority Project.

It’s a $30 million strategy, centered around flipping and winning state legislative chambers control in swing states like Pennsylvania, Michigan, Wisconsin, Ohio, North Carolina, Florida. And by winning 117 state legislative races in 2010 across these states, they are able to lock in the power, not only to redraw all of their own maps, but to redraw Congress.

Barack Obama’s second-term agenda is dead in the House before his second term even begins. And it lays the groundwork in all of these states for the same sort of deeply anti-majoritarian decade that we have seen.

BILL MOYERS: When I read your book, I agreed with the Republican strategist, Ben Ginsberg, who said that David Daley has exposed, “The strategy of shadowy, but thus far, legal hacking, splicing, and dicing of congressional districts to secure Republican domination, and in turn, subvert the will of the American voter.”

That’s a Republican saying that. Admitting that gerrymandering was crucial to the Republican party’s strategy of undermining democracy. Some people were shocked, David. But I wasn’t.