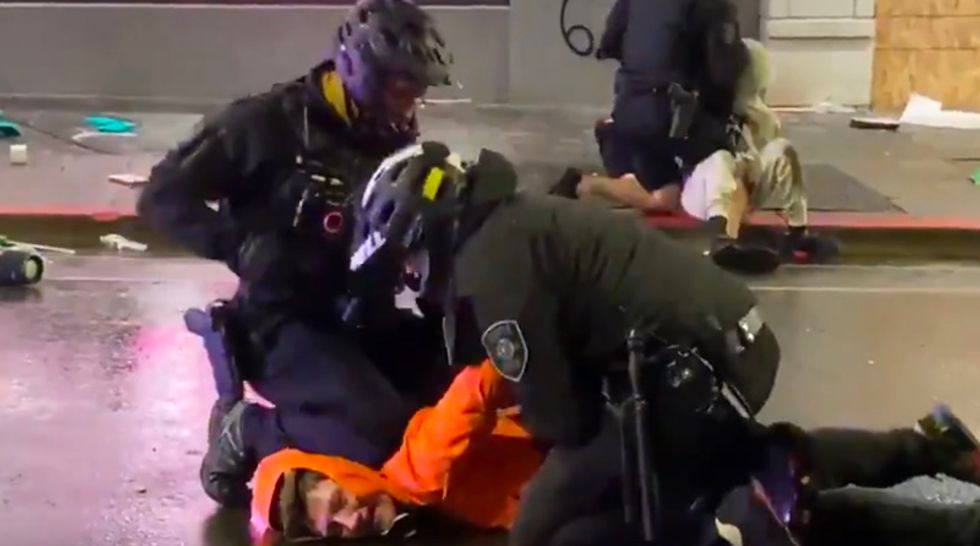 In a video posted to Twitter, a Seattle police officer was caught placing his knee on the neck and head of a George Floyd protester in much the same manner that led to the death of the Minneapolis man that has led to the nationwide protest.

In the video, the man, clad in a bright orange sweatshirt, is forced to the ground by two police officers who are seen holding down as they put restraints on him. During the incident, one officer uses his knee to hold the man down, causing onlookers to yell at the cops, “Get your f*cking knee off his neck!” as the man begged for help.

Noting the calls, the second officer instructed his colleague to move his knee after seeing they were being filmed.