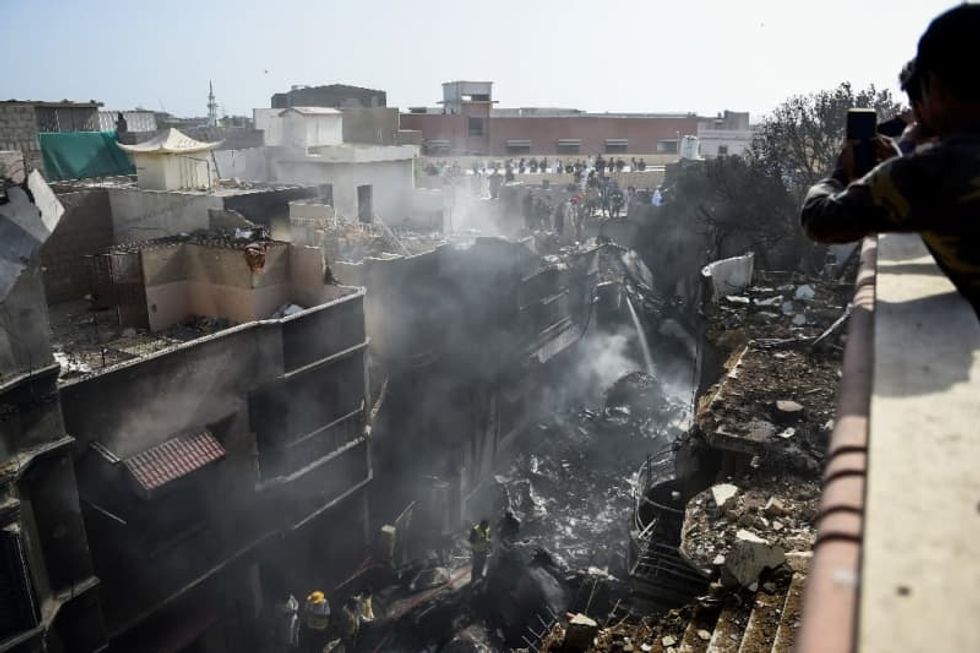 Karachi (AFP) - One of the two people to survive a plane crash in Pakistan that killed 97 people has described jumping from the burning wreckage of the aircraft after it hurtled into a residential neighbourhood.The Pakistan International Airlines (PIA) plane came down among houses on Friday afternoon after both engines failed as it approached Karachi airport, the airline said. Its wings sliced through rooftops, sending flames and plumes of smoke into the air as it crashed onto a street, sparking a rescue operation that lasted into the night.Commercial flights in the country resumed only days a...