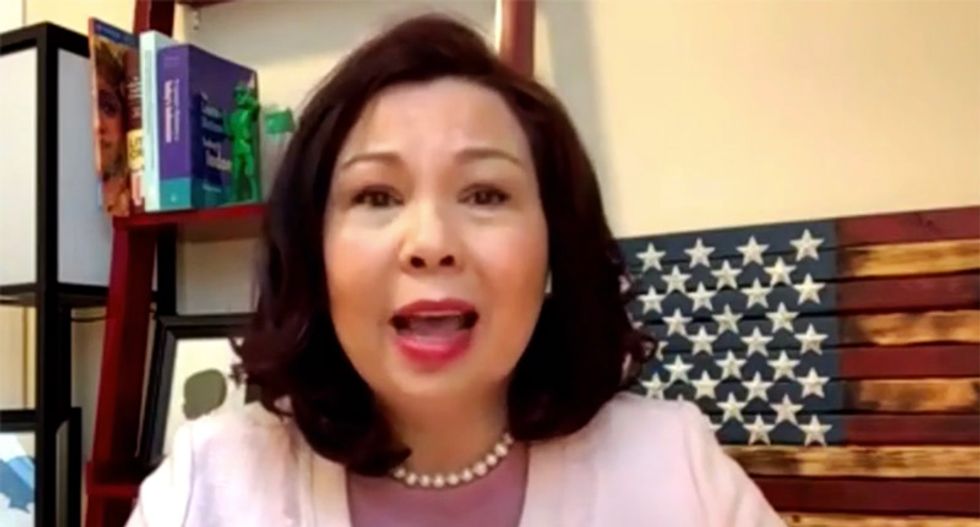 Appearing on MSNBC's "AM Joy," Sen. Tammy Duckworth (D-IL) didn't hold back as she criticized Donald Trump for his handling of the coronavirus pandemic, saying he wasted precious weeks that could have put the country on better footing to deal with the looming health crisis if he hadn't been spending his time "sucking up" to China's leader.

Speaking with host Joy Reid, the military veteran turned lawmaker was asked about the president dismissing, on Friday night, an inspector general for pointing out how ill-prepared the Trump administration was for the pandemic.

"What do you make of the firing of this inspector general and will there be potentially hearings on it?" host Reid asked.

"Well, unfortunately, it is a sad, sad firing in a long line of firings of people who are doing their jobs and trying to protect and serve the American people that President Trump has carried out," the Democrat replied. "Unfortunately, I'm not surprised. This is, after all, an administration and president who, when he found out and was warned about this pandemic, this crisis looming back in January and February, spent his time pandering and basically sucking up to the communist head of an authoritarian regime in President Xi of China, talking to -- flattering the man instead of preparing our country for this pandemic."

"And those protesters that are out there want to protest something? Protest the Trump administration's failure to provide test kits all across this country, protest the Trump administration's failure to seize control of PPE supply chain early on, three months ago, when they should have gotten this," she continued. "They want to protect something, protest this failure of the president who has not done his job and continues to put politics in front of the health and well-being of hard-working every-day Americans, all across the country. Shame on him."