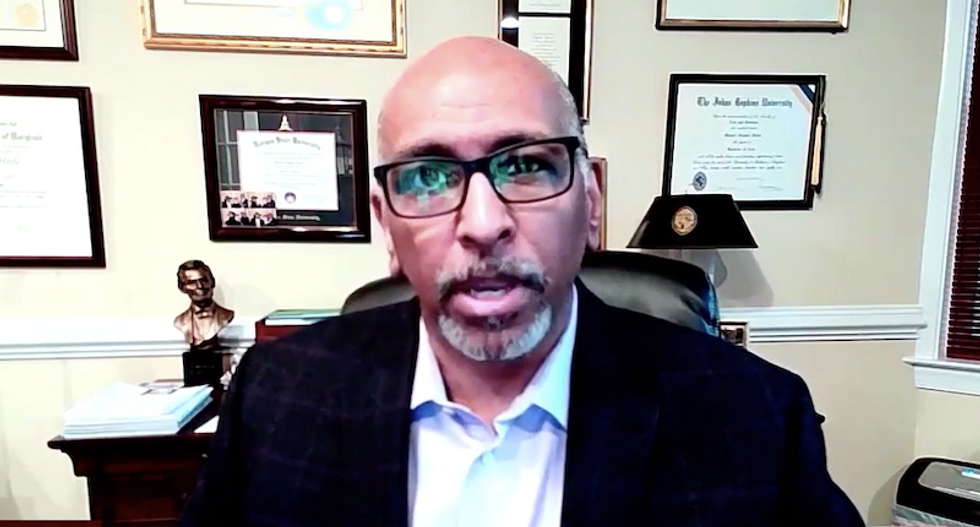 The former chairman of the Republican National Committee explained why President Donald Trump was "manic" about reopening the U.S. economy as soon as possible.

Michael Steele, who led the RNC from 2009 to 2011, told MSNBC's "Morning Joe" that the coronavirus pandemic's destruction of the economy mattered far more to voters than the brewing corruption scandal involving Secretary of State Mike Pompeo.

"I think that voters are processing what's happening to their pocketbooks, businesses and families, relative to a scandal that may or may not be a scandal -- we don't know what we don't know," Steele said. "It's still a little murky. The [inspector general] stuff, that's not their pay grade, they trust the president to do that. That's an executive branch decision. If he doesn't think the guy is doing a good job, that's fine."

Host Joe Scarborough had argued that this "whiff of corruption" could endanger the Republican Senate majority, but Steele said that would likely be drowned out by more urgent matters.

"In any other environment, that may get the kind of attention and focus that it would deserve, and then push and move voters to look at corruption and other issues inside the administration,' Steele said. "But you've got a vast majority of voters, especially independent voters, center-right or center-left voters who will be in play in November, that are looking at 401(k)s, who lost 40 percent, 50 percent, looking at businesses that are shut down."