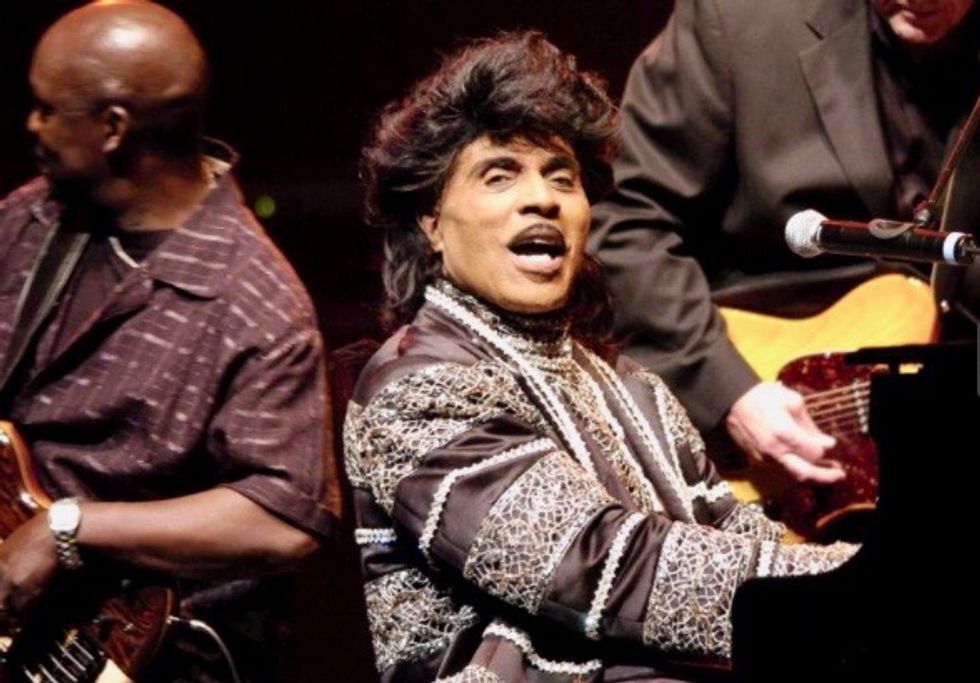 Since Little Richard died on May 9, he’s been rightly celebrated as one of the most exciting and influential performers in the canon of American popular music. But in most tributes, the full story of his artistic development has been slighted.

This is a pity, because Little Richard’s music is deeply rooted in an underground tradition of queer black performance that’s also worthy of celebration. Indeed, when I have lectured on Little Richard’s work to my students, they’re often surprised and delighted to learn about the subculture that contributed so much to his artistic persona.

His hairstyle, makeup and lyrics were inspired by fellow performers such as Billy Wright and Eskew Reeder. The better their influence is understood, the more the gleefully subversive energy that suffuses Richard’s own work can be appreciated.

Little Richard – born Richard Penniman – honed his craft as a teenage drag queen in touring minstrel tent-shows and vaudeville revues, as well as in an extended network of clubs and bars in the southern and eastern United States known as the “chitlin’ circuit.” In a 1967 interview, singer Lou Rawls offered his own memories of playing the circuit:

“These clubs were very small, very tight, very crowded and very loud. Everything was loud but the entertainment. The only way to establish communication was by telling a story that would lead into the song, that would catch people’s attention.”

African American studies scholars L. H. Stallings and Mark Anthony Neal have both observed that, while it wasn’t explicitly identified with sexual outlaws, the chitlin’ circuit nevertheless provided a space for queer black artists to flourish.

It was within one of these spaces in the city of Atlanta – either the Royal Peacock or Bailey’s 81 Theatre – that Little Richard first met Billy Wright.

Wright had also started out as female impersonator but had more recently established himself as a singer. He would score four top 10 hits on the R&B charts from 1949 to 1951. 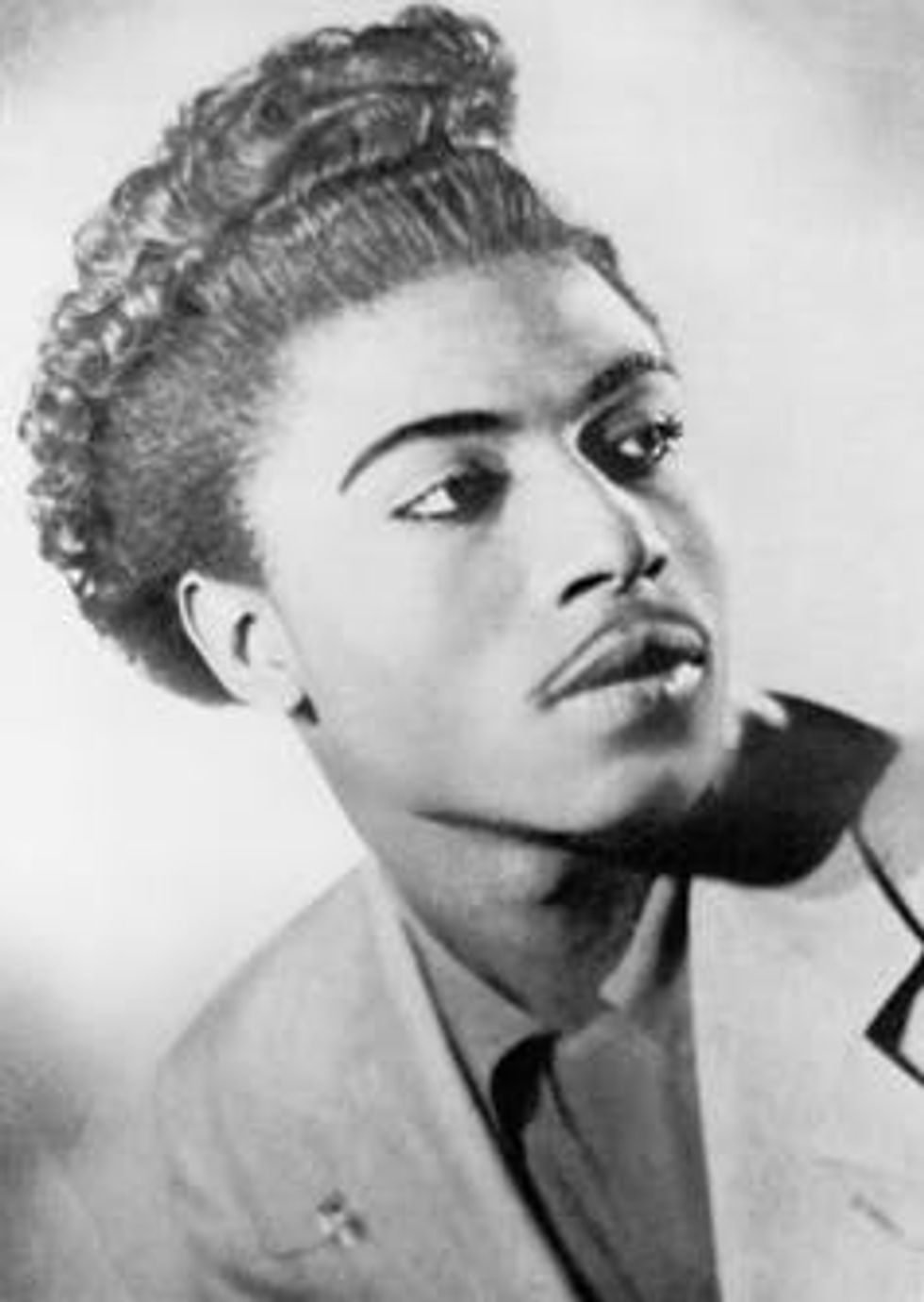 A 1952 portrait of Little Richard in Atlanta, where he met Billy Wright.

Billy was equally fond of Little Richard, helping to secure his first recording session with RCA in 1951 – using the very same musicians that had backed up Wright on his own records.

Both men were creditable R&B artists, but their recordings from this period offer no hint of the spectacular flamboyance that they apparently projected in person. The queer style that had brought them together was too outré to even consider trying to capture on tape.

A year or so later, Little Richard met another young black queer performer named Eskew Reeder at a bus station in Macon, Georgia.

As Little Richard told the story, he picked Reeder up and took him home, where Reeder played him a version of “One Mint Julep” by The Clovers on the piano. Little Richard was bowled over, immediately asking for lessons, and thereafter adopting aspects of Reeder’s style – playing blues licks in the uppermost register of the keyboard with the right hand, while supplying a pounding, rhythmic accompaniment with the left. 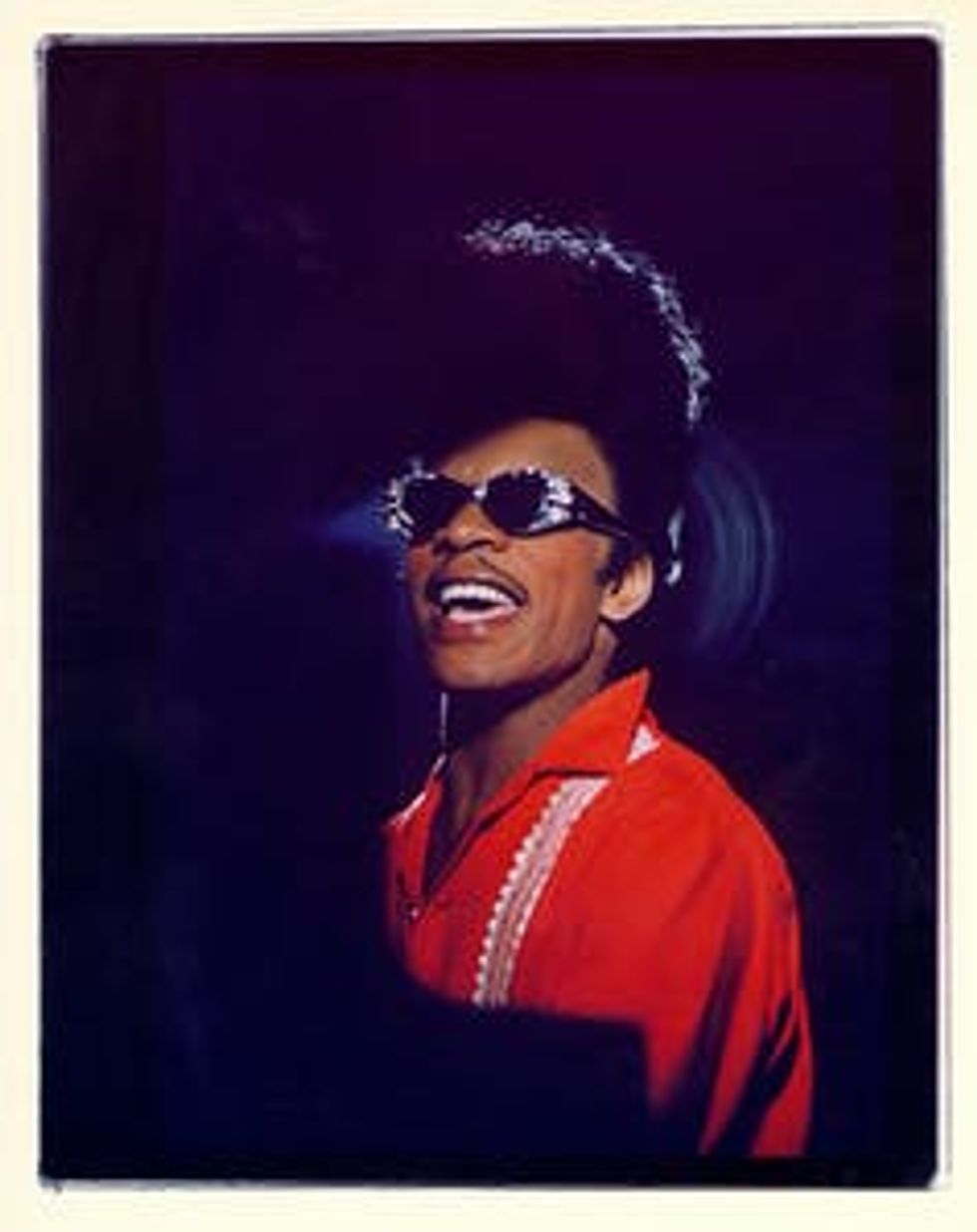 Reeder later suggested that Little Richard’s trademark falsetto whoop was also inspired by his own approach to vocalization.

Eskew Reeder would eventually adopt the stage name of “Esquerita.” It was a phonetic pun on his own name in which we can also hear a winking homoerotic suggestion: “Esquire Eater”; a scatological joke: “Excreter”; and perhaps even a prescient tribute to queer theory: “Askew Reader.”

Esquerita’s 1958 sessions convey a flamboyant wildness that exceeds even Richard’s most exuberant recordings. The almost indescribable B-side, “Esquerita and the Voola,” is a case in point – a strange mixture of pseudo-classical piano riffing set to a booming floor-tom rhythm, over which Esquerita warbles like a pop-opera Valkyrie.

Today, “Esquerita and the Voola” stands as the missing link between barrelhouse boogie-woogie and Queen’s “Bohemian Rhapsody” – a vinyl slice of queer black cabaret that must have left most record company executives and radio DJs utterly baffled.

Although Little Richard loved incorporating the song into his live shows – according to him, it used to “crack the crowds up” – he never imagined it could be a hit.

But one day in 1955, he found himself in New Orleans at a recording session for Specialty Records with producer Bumps Blackwell. Blackwell hadn’t yet heard anything that excited him when they called it a day and headed across the street for dinner and drinks at The Dew Drop Inn. Liberated from the confines of the studio, Little Richard began to play the barroom piano in the uninhibited style of the clubs. Blackwell’s ears pricked up: This obscene, irresistibly driving number was just what he was looking for.

Pat Boone’s success with a bland cover of “Tutti Frutti” is emblematic of the racial inequities of the 1950s music industry. But once you know the origins of the song, the Christian crooner’s clinical and clueless take on Little Richard’s swingingly queer hymn becomes ironically piquant.

A similar frisson energizes the sublimely joyous “Long Tall Sally.” This time, Little Richard and Blackwell didn’t even feel the need to change the words. When Richard hollers in the second verse –

– even the most naïve listener must know that Uncle John is up to the best kind of no good. But as the scholar W. T. Lhamon Jr. observes in his underappreciated cultural history of the 1950s, “Deliberate Speed,” in the drag shows of Little Richard’s apprenticeship, “baldheadedness was preparation for one’s wigs.” So Long Tall Sally – one of the original rock ‘n’ roll bad girls – may also be a bit of a bad boy, while Uncle John may be working both sides of that alley. Today, we might even describe Sally as a seductively nonbinary object of queer desire.

Little Richard’s rock ‘n’ roll brought the margins to the center, and that was one reason why it mattered so much. It’s also another reason to mourn his loss – and to play his music loud.