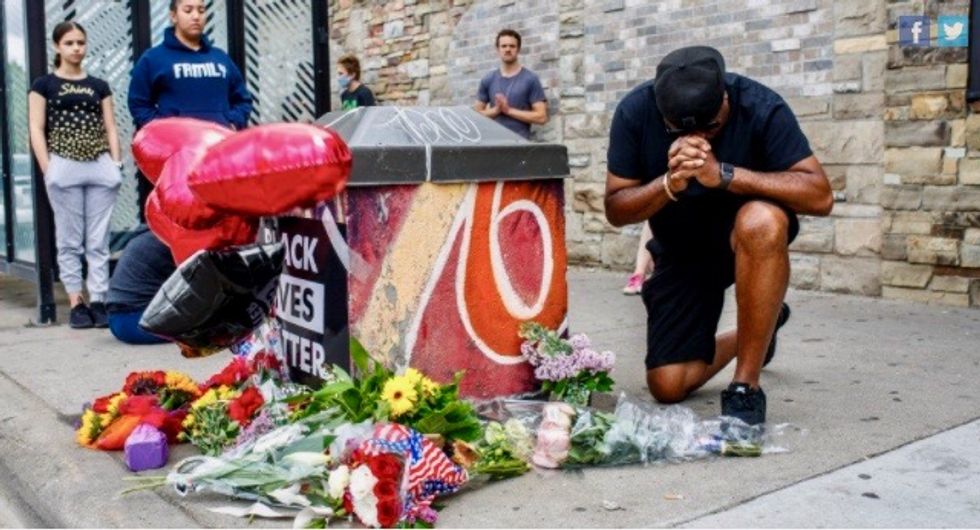 Protester prays in front of the memorial of George Floyd (Karem Yucel:AFP)

Don’t know what it is about warm weather that seems, more so than other seasons, to pull always-present racial tensions to the fore — probably nothing, probably just a perception — but recent high-profile events are conglomerating in such a way as to portend a long, hot summer. “Hot” being a metaphor. And not just in Minneapolis, but across the nation.Start with the death of Ahmaud Arbery in Georgia. Arbery, 25, was jogging in a suburban neighborhood near his home and was shot dead after being pursued, for the purpose of interrogation, by two white men who told police they thought he was a bur...