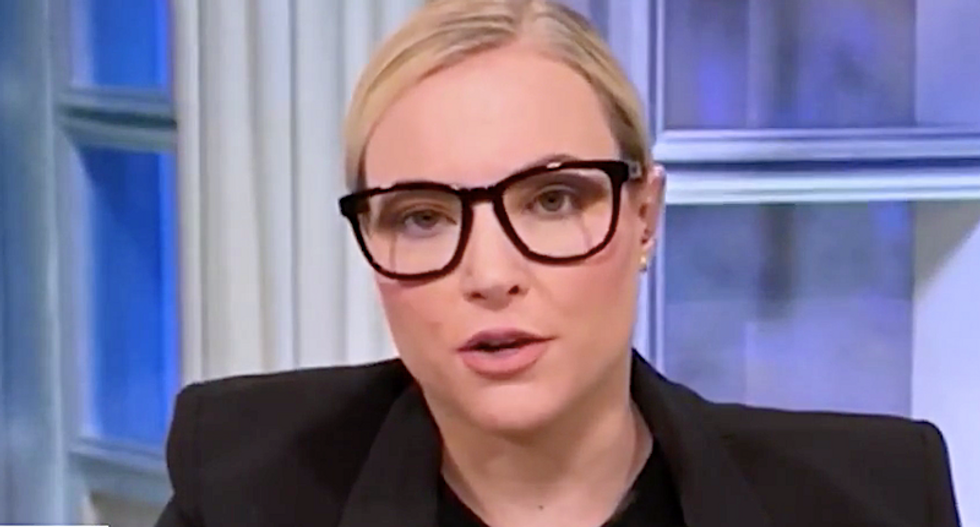 "The View" co-host Meghan McCain doesn't think congressional hearings are needed to investigate President Donald Trump's coronavirus response -- and she was quickly reminded of one of Jared Kushner's bizarre failures.

The conservative McCain said the hearings would just turn into "political theater," and she instead wanted Congress to investigate the pandemic's origins in China.

"I, for one, I'm not as interested in the mistakes that have been made in this country, although I am interested, but I'm also the most interested in where China lied us to and got it wrong," McCain said. "The slogan 'China lied, people died' is something I say all the time, over and over again, and going forward we as Americans need to decide what our relationship is going to be with this country both economically, culturally, in all ways, because we know that they suppressed information."

"I don't like Dr. Anthony Fauci being used for political purposes, either one way or another, because he's leading this country through a difficult time," she said. "So I don't think he should be the one at the front of this doing any kind of hearings, no matter what."

"I do think that Anthony Fauci should testify because he has been in the front lines," Hostin said. "He is the infectious disease expert, and what we do know is that China at least told the world about this new disease Dec. 31, 2019, and they sent the genetic map of the virus Jan. 7 to the world, and so at least that early we knew the genetic makeup of this virus, and Dr. Fauci had that information. Why then did it take 70 days for this administration to act, and I think Dr. Fauci is a very good person to testify before Congress as to why so many Americans had to die."

She would also like to haul Kushner, White House senior adviser and Trump son-in-law, before Congress to explain his role why he relied on a family member to solicit advice on Facebook about responding to the outbreak.

"My understanding is that Jared Kushner apparently tried to crowdsource information to learn how to deal with this virus as opposed to turning to an expert like Dr. Fauci," Hostin said. "My understanding is that he turned to his sister-in-law Karlie Kloss's father, Dr. [Kurt] Kloss for a Facebook group of doctors to sort of figure out how to respond to the virus. That is very interesting to me that he had to crowdsource information instead of turning to the experts -- that's what the Trump administration was doing. I think Congress should investigate something like that, don't you?"

That came as news to McCain, who has been sharply critical of Kushner in the past.

"He was asking his sister-in-law's family?" she asked. "I just never heard that before."