The View's Whoopi Goldberg slams Trump's silence on Ahmaud Arbery slaying: You have no respect for the American people 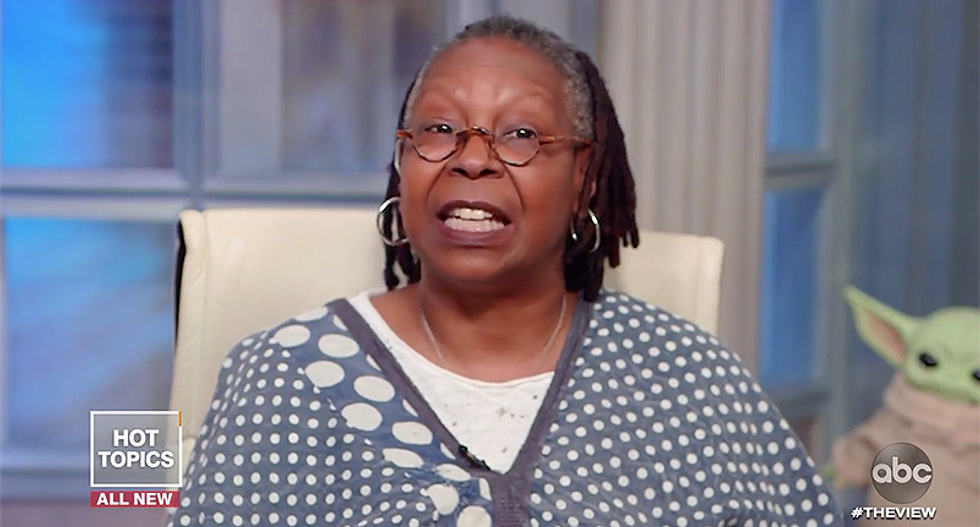 The View's Whoopi Goldberg joined her colleagues in sounding the alarm about the slaying of Georgia jogger Ahmaud Arbery, who was hunted down and shot for "looking like" someone a group of white men thought was suspicious. The murder happened at the end of February but prosecutors have been unwilling to bring charges in the months following. The men are still free.

The group noted that former Vice President Joe Biden tweeted about the tragedy, saying that he joins in the demand for justice for the family.

"I would also like to put out there that I think that the guy that's running the country ought to say something pretty soon about this because I tell you if two black men had been in a truck and watched a white guy go by and just got out and shot him, we would hear no end to what an outrage it was," said Goldberg. "We would hear that from the top. So, I am saying now, here, from my space, you need to say something, sir. You need to say it and you need to say it pretty soon."

She related it to the White House deciding that Americans don't need to be tested anymore and the lack of interest in testing all Americans who want to be tested.

"You know, I think I'm getting a little tired of these people deciding who it's OK to have a test, whether I should have a test, whether I deserve to have a test," said Goldberg. "You remember in 2009 when basically Republicans were touting Obamacare as being death panels and they were very concerned about how we treated our elderly, and how we treated Americans to make sure that that was no longer the case? Well, I guess now it's okay. It doesn't matter who dies. You know, now it's okay with everybody. I'm just tired of people telling me I don't need a test. You don't know what I need. Stop doing that."