‘They just fired on us’: Horrifying videos of cops ‘using journalists for target practice’ in Minneapolis 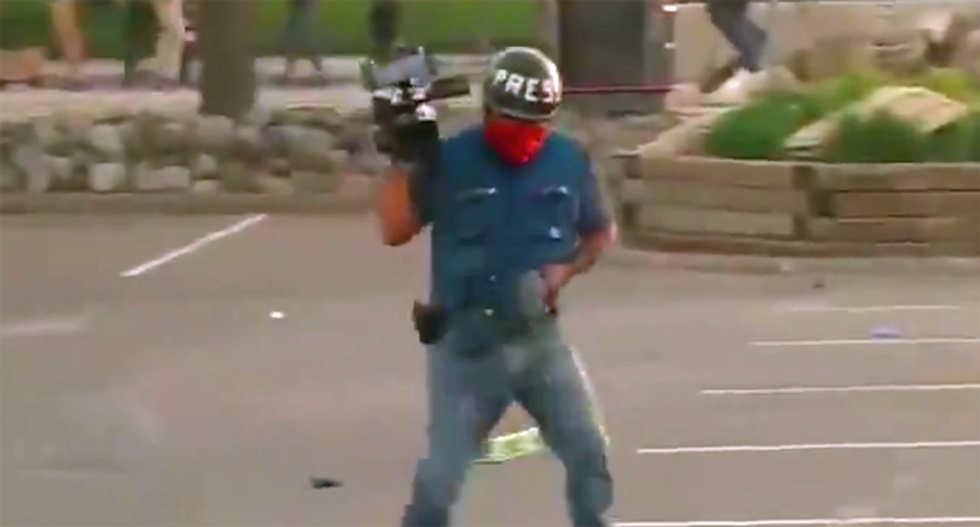 Journalists covering the protests in Minneapolis reported on being targeted by police on Saturday.

Remarkable on MSNBC: @AliVelshi reporting in Minneapolis as police fire tear gas. "Nobody was doing anything. They… https://t.co/uNScE7GP8g
— Kyle Griffin (@Kyle Griffin) 1590889518.0

.@OmarJimenez (the CNN reporter who was arrested yesterday) and his crew are putting themselves in harm’s way to re… https://t.co/8m7toENLwm
— Beau Willimon (@Beau Willimon) 1590890069.0

Philly police pin young black man to the ground with their knees, swat our field reporter with a baton for filming… https://t.co/7tVm4Pj8gR
— Unicorn Riot (@Unicorn Riot) 1590890688.0

Myself, photographer, and producer just made it back to the car. We were with a group of media and thought we were… https://t.co/HoNqiFpdBS
— Ryan Raiche (@Ryan Raiche) 1590892010.0

We just found @StarTribune reporter @RyanFaircloth bleeding from the head at Lake and Chicago. Police shot out his… https://t.co/qiWLca1VxN
— Maggie Koerth (@Maggie Koerth) 1590902071.0