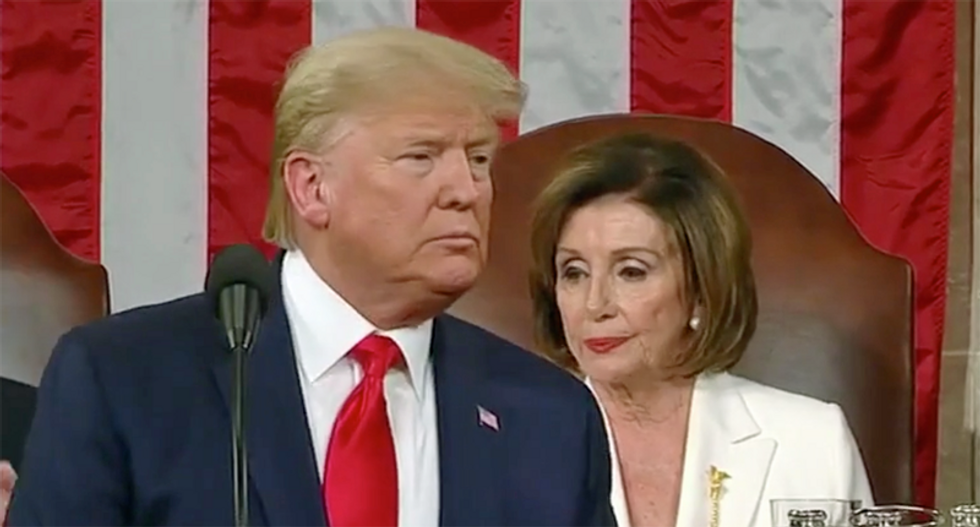 President Donald Trump started off Tuesday morning with a series of tweets, including one ranting against the presidential line of succession laid out in the U.S. Constitution.

Trump reacted to a report noting that Pelosi, as speaker of the House, was third in line to be president after Vice President Mike Pence, whose spokeswoman tested positive for the coronavirus -- as have other staffers who serve in the West Wing.

"Then we must be very careful," Trump tweeted. "Crazy Nancy would be a total disaster, and the USA will never be a Communist Country!"

Under the Presidential Succession Act of 1947, the Constitution designates the line of succession “in Case of the Removal of the President from Office, or of his Death, Resignation, or Inability to discharge the Powers and Duties of the said Office, the Same shall devolve on the Vice President, and the Congress may by Law provide for the Case of Removal, Death, Resignation or Inability, both of the President and Vice President declaring what Officer shall then act as President, and such Officer shall act accordingly, until the Disability be removed, or a President shall be elected.”

That would leave Pelosi to serve as president in the event that Trump and Pence became too ill to carry out their duties, and she would potentially serve until one of them recovered or another president was elected in November.