Trump intel chief trashed by White House insiders for being 'out of his depth' during COVID-19 debacle: CNN 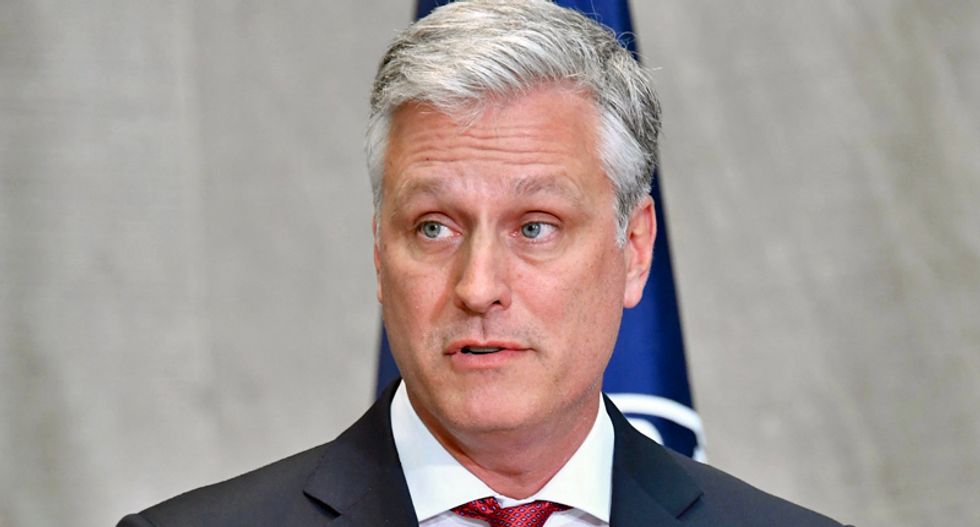 According to a report from CNN, Robert O'Brien, Donald Trump's fourth national security adviser has been sidelined by the White House during the coronavirus pandemic and some administration officials are saying the intel head is simply in over his head and has taken to handing off some of his duties to aides.

The report begins, "As President Donald Trump deals with the fallout of the coronavirus pandemic, he is without a key asset that has served many of his predecessors well during times of crisis: a bold, proactive national security adviser who can flag early threats and ensure the government is focused on combating them, current and former National Security Council officials tell CNN," before adding, "Robert O'Brien, Trump's fourth national security adviser, has been conspicuously out of sight in the administration's efforts to fight the coronavirus."

Speaking with CNN, O'Brien insisted that he has been involved, telling the network he, "... meets with Trump almost daily to discuss the virus and is in constant contact with foreign allies to coordinate the response."

However, as the report notes, the adviser is not getting high marks for his performance on the job and has been rendered ineffective.

"Several current administration officials tell CNN there is a growing sense inside the West Wing that O'Brien, a former lawyer and hostage negotiator, is out of his depth in the job and that his desire to keep a low profile inside a prickly White House has undermined his influence with the President -- to the point of irrelevance," the CNN report states before pointing out O'Brien's job includes, sifting, "through reams of intelligence from across the government in order to flag potential threats to the President early on, and in times of crisis to coordinate a government-wide response."

"Instead, O'Brien has taken a back seat in the coronavirus response, and tasked his deputy Matthew Pottinger to take the lead. Well-placed sources inside and outside the administration tell CNN that O'Brien's low-key approach was particularly problematic during the early days of the coronavirus outbreak, a period when, these sources say, he should have been far more aggressive in highlighting the threat of the virus, which was laid out in daily intelligence briefings long before the first American died of the disease," the report continues.

One person close to the administration noted that White House insiders have called O'Brien "The least influential national security adviser ever."