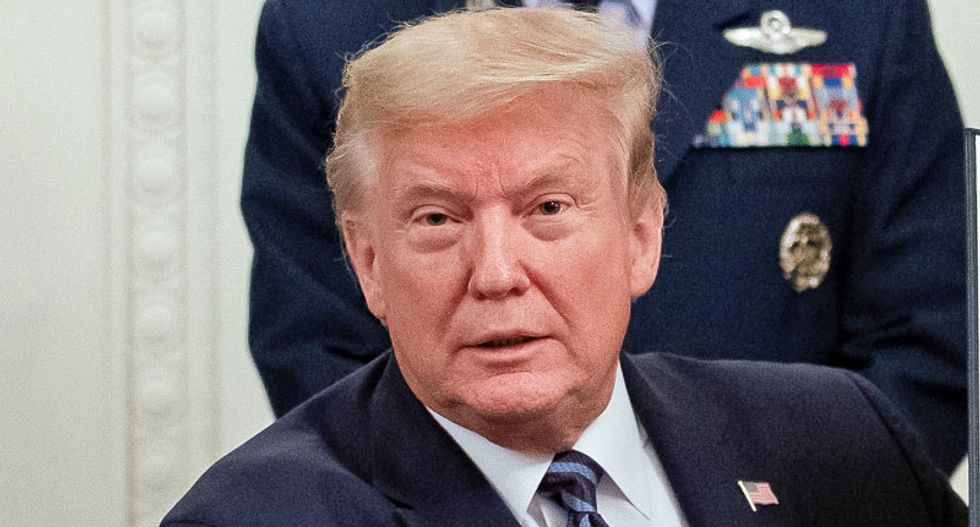 On Tuesday, writing for the New York Daily News, conservative television host S. E. Cupp laid into President Donald Trump for his repeated disrespect for the memory of dead Americans.

"'Punch up, not down.' Whether in comedy or politics, the consensus precept has provided helpful parameters in which to acceptably swing at rivals or targets. The idea is, pick on someone your own size," wrote Cupp. "I can think of no better — meaning worse — example of punching down than one of the most powerful men on the planet picking on the dead and harassing their surviving family members in the process. Even someone with just a modicum of decency and awareness of social mores would know better than to drag the deceased and their relatives through the muck for no good reason at all."

"The president of the United States has neither decency nor awareness, quite obviously," wrote Cupp. "In the midst of a global pandemic that has nearly claimed 100,000 American lives, and over Memorial Day weekend, when we’re meant to soberly honor our fallen soldiers, Donald Trump was tweeting deranged conspiracy theories about a cable news host and his former staffer."

"Her widow (sic), Timothy, wrote a heart-wrenching letter to Twitter head Jack Dorsey, begging him to remove Trump’s disgusting tweets," wrote Cupp. 'I’m asking you to intervene in this instance because the President of the United States has taken something that does not belong to him — the memory of my dead wife — and perverted it for perceived political gain.' It’s hard to imagine why Trump thinks his impolitic conspiracy theories would gain him anything politically or otherwise, or who would think this was a good idea. Republican Rep. Adam Kinzinger, took to Twitter to discourage the attacks: 'Completely unfounded conspiracy. Just stop. Stop spreading it, stop creating paranoia. It will destroy us.'"

"As we’ve seen in the past few months, Trump’s behavior has become more and more erratic, unbalanced, unhinged and self-sabotaging. This is just the latest evidence that he’s not thinking clearly," wrote Cupp. However, she added, this is not the first time he has gone after the dead — from his posthumous attacks on Sen. John McCain (R-AZ) to his retweet of conspiracy theories about murdered DNC staffer Seth Rich.

"Punching down — even at the dead — isn’t the mark of a strong, secure, courageous man," concluded Cupp. "It’s the mark of a small, weak, insecure coward with no impulse control, compassion or common decency. That’s our president."