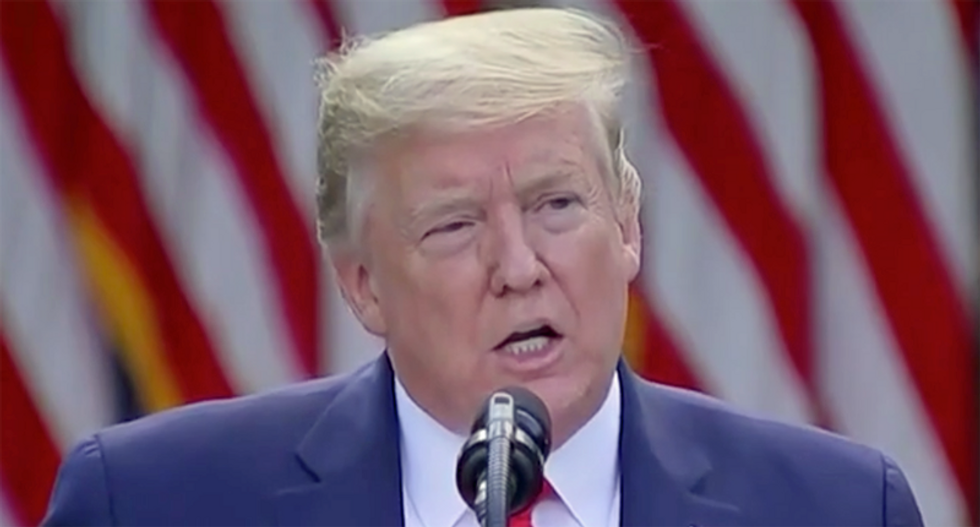 On Monday, President Donald Trump's coronavirus press briefing came to an abrupt halt after he demanded CBS reporter Weijia Jiang "ask China" why so many Americans were dying of COVID-19 — and stormed out after Jiang demanded to know why he had ordered the Chinese-American reporter in the room to answer for China.

Twitter commenters instantly blew up over the altercation, and slammed the president for his behavior.

" Very, very ugly ending to that one hour appearance by the President in the Rose Garden" https://t.co/yiBtbIWkpF
— Oliver Darcy (@Oliver Darcy)1589231925.0

Why is no one focusing on the blatant racism that just occurred at the WH briefing @CNN @Yamiche @jaketapper… https://t.co/uVr5yguaFz
— Renucks (@Renucks)1589232812.0

Another disgraceful, racist, temper tantrum by Trump b/c he was asked a pointed question by @weijia Classy move b… https://t.co/G7ohhhpDQR
— Tara Setmayer (@Tara Setmayer)1589232648.0