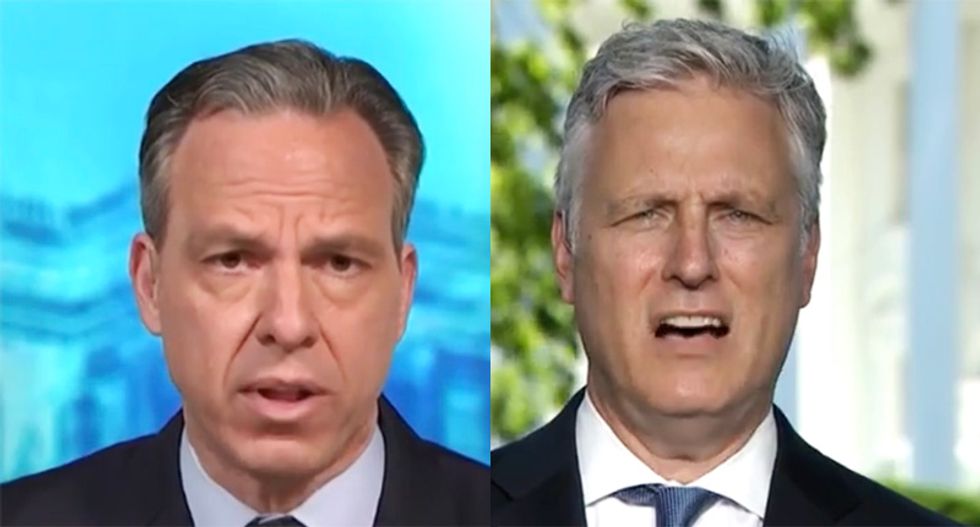 After reading the president's tweet, host Tapper pressed,  "Do you think messages like that are helping to unite the country and calm fears?”

With O'Brien noting, "[Trump] was trying to de-escalate. He didn’t want violence, he’s trying to stop the violence that we saw that took place overnight," he then went on to drag in reports being pushed by Donald Trump's administration that Antifa -- which he mentioned frequently during the entire interview -- had taken over the protests.

“The message, and it’s a strong message, that we want law and order in this country. We want peaceful protesters who have real concerns about brutality and racism, they need to be able to go to the city hall, they need to be able to petition their government and let their voices be heard,” O’Brien exclaimed. “They can't be hijacked by these left-wing Antifa militants who are burning down primarily communities in the African-American sections and Hispanic sections of our city where immigrants and hard-working folks are trying to get a leg up and they're having their businesses burned by these radicals many of whom are imported from Seattle or Portland or who knows where they come from, across state lines. They're hurting our people and the president will take a strong stand for law and order."