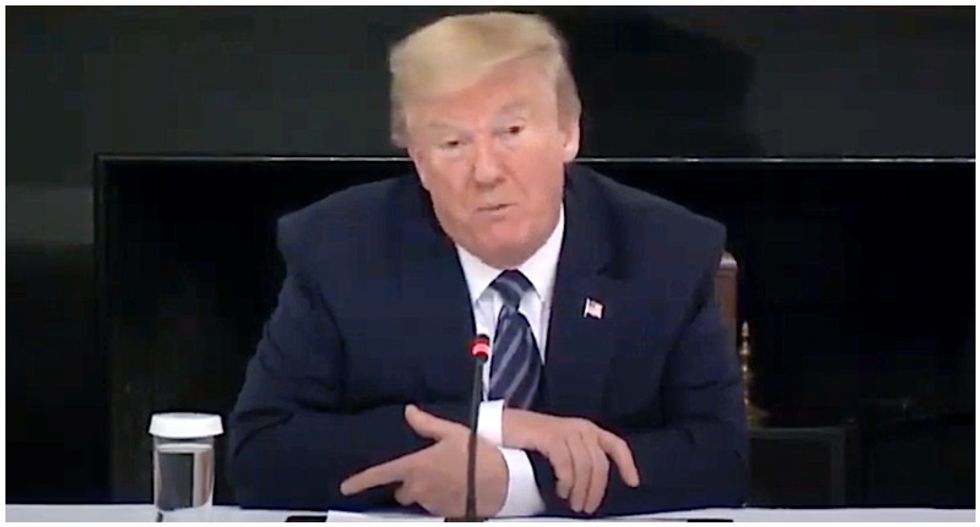 During his GOP luncheon this Friday, President Trump veered into sometimes confusing rant about water and fish after hearing remarks from Rep. Devin Nunes (R-CA) about California essential workers.

Trump talked about a past conversation with Nunes where he apparently was told that California sends "millions of gallons of water out to the ocean" to protect a species of fish called the Delta Smelt, "that's not doing well -- it's getting no water."

Nunes seemingly tried to veer the discussion back to the essential workers of his district, but Trump was still fixated on water.

"With the water, though -- I said, 'So, what has to happen?' Well, you need approvals from Congress, from this, from that -- you need all sorts of approvals but you need it from Congress more importantly than anything ..."

Trump went on to talk about a house in Los Angeles he used to own, complaining that state regulations prevented him from watering the grass frequently.