US oil producers struggle to stay afloat in sea of excess 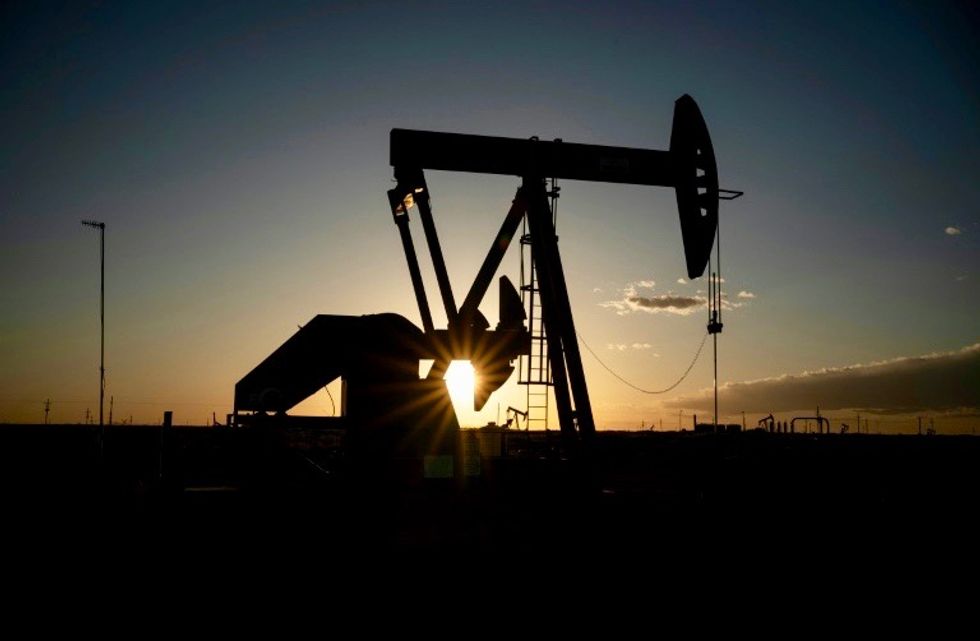 For the companies that drill the highest-producing deposit of oil and natural gas in the world, straddling the border between Texas and New Mexico, the crash in oil prices has led to spectacular losses.

Craig Blair, the co-owner of the Capitan Energy oil and natural gas company, has seen his production in the Permian Basin collapse from 15,000 barrels of oil a day to just 6,000.

Blair pointed to a yard full of neatly lined-up generators, construction and drilling machinery, all of it covered by sheds to protect it from blinding sun and ubiquitous beige dust.

"If you'd have been here six months ago, there wouldn't have been anything underneath that shed," sighed the 63-year-old Texan.

His silvery hair pulled back in a pony tail and wearing jeans and a blue shirt, Blair has built up his business as a model of self-sufficiency: as well as extracting oil and gas, he has a repair shop and offices, and was planning to get into ranching too.

But his grand plans have been put on hold because of the COVID-19 pandemic, which has hit the oil industry hard.

AFP / Paul Ratje Craig Blair walks back to his SUV after speaking to a worker at Capitan Energy on May 7, 2020 in Culberson County, Texas

On April 20, the price of a barrel of oil fell below zero because the market was so heavily saturated and demand had evaporated.

That day alone, Blair estimates he lost half a million dollars. Lacking anywhere to store the oil he had pumped for the long-term, he had to pay $37 a barrel just to have it taken away.

- Everything cut by half -

Blair co-owns the company with his cousin, and it does not have any shareholders.

When the price of oil dropped by 50 percent, he responded quickly. "The only way you can make ends meet is, everything has to be cut by 50 percent. So that's why we did, the wages, any contractor out there, if they were charging me 100 dollars an hour, they're 50 dollars an hour or they're not working for me now."

That has stopped "the bleeding out from happening here now."

But in two or three months, he fears he will have to start laying people off, something he has managed to avoid until now.

AFP / Paul Ratje Crisis-hit oil driller Craig Blair shows a map of his wells at the company's main office: he has scrambled to shut down all the operations he can and cut costs, but fears he may have to lay off staff if the crisis does not end in a few months

There are also new wells planted in the sandy soil. These could not be completed before the crisis hit, a $30 million project in itself.

If it was just down to him, Blair would have shut down the fields until the market improved. But his outstanding contracts with pipeline companies oblige him to continue pumping, even though prices are at rock bottom.

"We've stopped any project that we wasn't in the middle of doing, if we could stop it we've stopped it, and we won't start it back up again until the price of oil gets probably around 50 dollars a barrel," he said.

Blair glances at the screen of his cell phone. "$23.35," he grumbles. "That's one of the bad habits I have right there, looking at stupid prices about 40 times a day."

But with so much surplus oil being held without demand, he does not expect prices to go up soon. "I don't see any way the oil prices are going to get better until we use it up," he said.