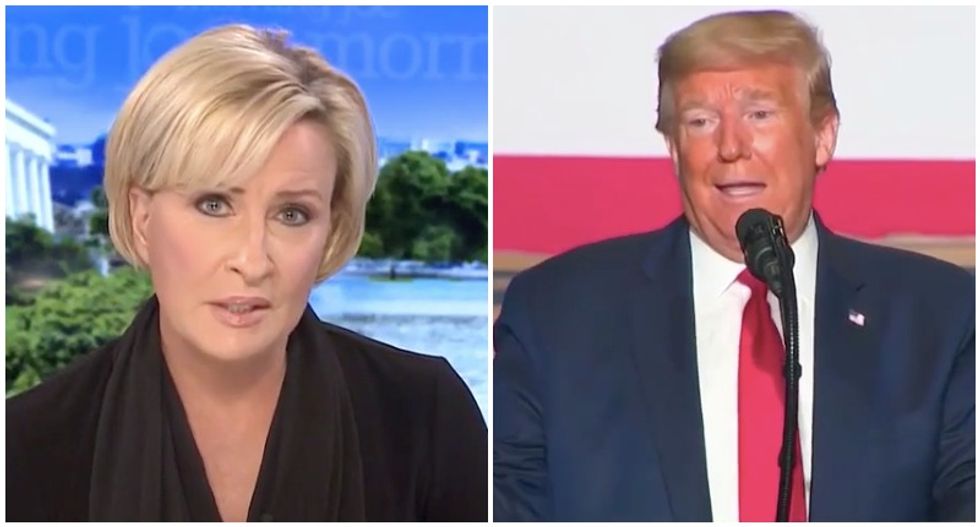 The president called testing "overrated" while touring a medical supply factory in Allentown, Pennsylvania, and the "Morning Joe" co-hosts were baffled.

"Don’t forget, we have more cases than anybody in the world,” Trump said. “But why? Because we do more testing. When you test, you have a case. When you test, you find something is wrong with people. If we didn’t do any testing, we would have very few cases.”

"No, wow," she said. "We would have booked a doctor for this segment, but it is so frighteningly obvious that the president is uttering complete stupidity and is flying in the face of everything that this virus can do to this country. When you have a test, yes, you have a case, and then you know about the case, Mr. President, and you're able to isolate the case and contact trace the case. Yes, when you test, you have a case."

Geist found himself at a loss for words.

"I don't know how to explain it," he said. "I'm glad we didn't insult a doctor by bringing him or her on to try to explain this."

Geist said the president's remarks sounded like something from a Will Ferrell comedy.

"The quote again, 'If we didn't do any testing, we would have very few cases, it's common sense,'" he said. "That's some Ron Burgundy stuff there. Unbelievable."