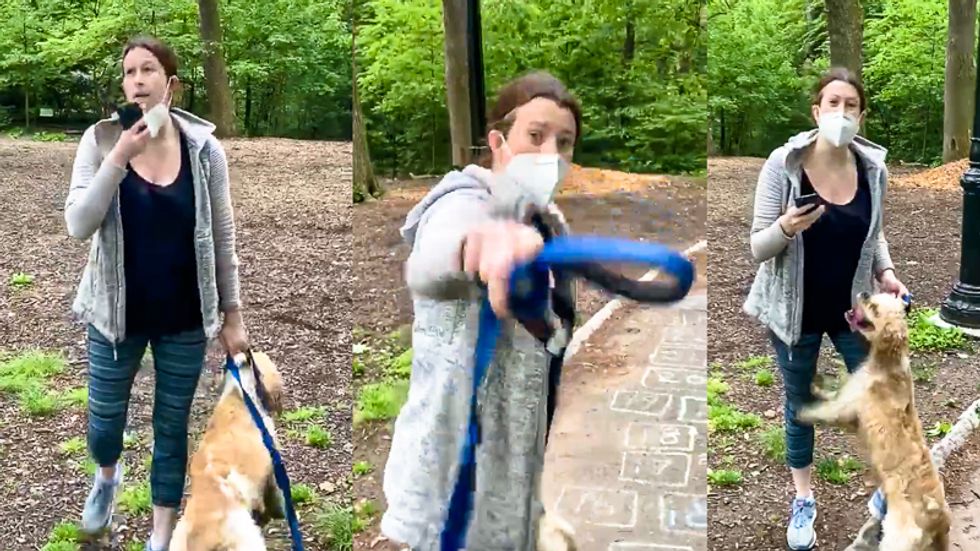 A video circulated on social media on Monday showed a woman in Central Park falsely claiming that an "African-American man" threatened her life.

Late Monday, Franklin Templeton announced that an "employee" had been put on leave after rumors circulated online the woman worked there.

The incident was said to occur between a man and a white woman over the Memorial Day weekend. Cell phone video shared on Twitter revealed a verbal confrontation as the woman was exercising her dog without a leash.

After the man asked the woman to put her dog on a leash, he took out his phone to film her.

"Please stop," the woman says. "Sir, I'm asking you to stop recording me."

"Please don't come close to me," the man replies.

The woman threatens to call the police and adds, "I'm going to tell them there's an African-American man threatening my life."

"Please tell them whatever you like," the man says back.

In the video, the woman backs up as she apparently speaks to 911 dispatchers.

At that point, the woman raises her voice as if she is in imminent danger.

"I am being threatened by a man in the bramble (SIC)!" she exclaims. "Please send the police immediately!"