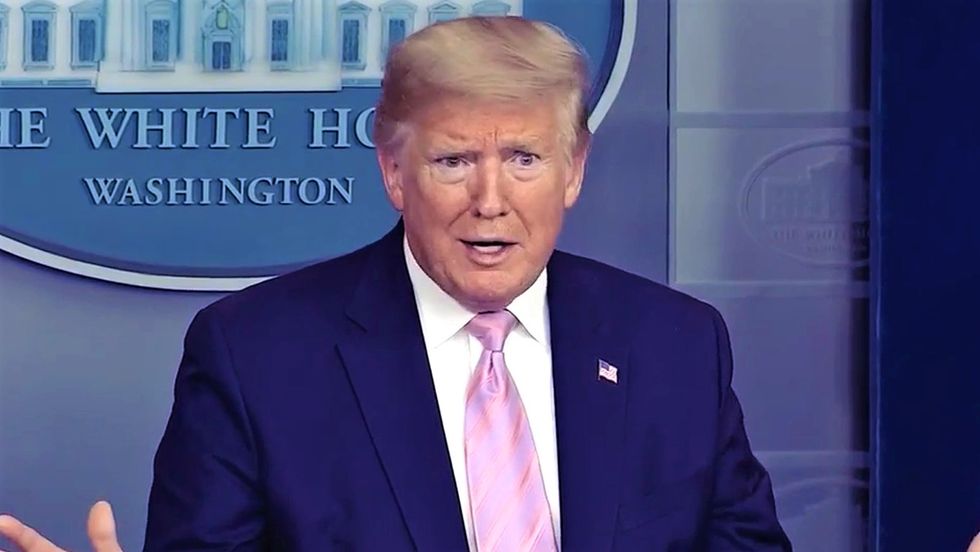 President Donald Trump is insisting that any new coronavirus stimulus must include payroll tax cuts for workers -- but experts say that wouldn't help Americans who need it most.

The $2 trillion CARES Act gave employers a temporary respite from payroll taxes until the end of the year, including Social Security and some railroad retirement taxes, but Trump wants a similar cut for workers, reported CNBC.

“The main problem with the proposal is that it would go to the people who least need help,” he added. “It seems like you’re deliberately targeting it to people who are in the best situation … the ones who are still working.”

Employers and employees must each currently pay a 6.2 percent tax for Social Security and 1.45 percent for Medicare, while self-employed workers must make the full contributions -- but Trump's proposed cut would likely accelerate the exhaustion of Social Security funds that are currently expected to last until 2035.

“Trump’s actions are a war on seniors,” said Nancy Altman, president of Social Security Works. “He wants to open up the economy, even though COVID-19 is disproportionately costing seniors their lives. Now he is insisting on threatening Social Security on which most seniors rely for their food, medicine and other basic necessities."