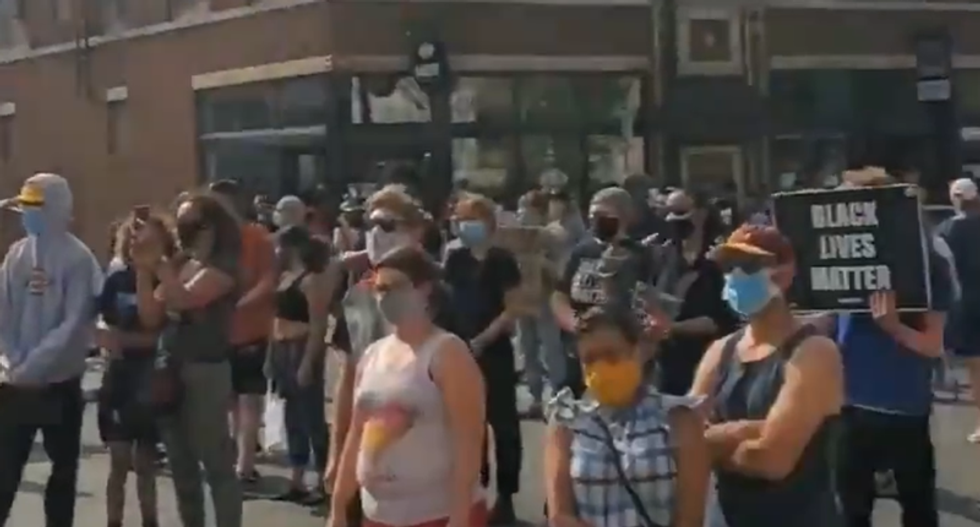 On Tuesday, crowds of protesters gathered in Minneapolis, Minnesota to demonstrate against the police killing of George Floyd, who suffocated while gasping for help as an officer knelt on his neck in newly exposed footage.

Local reporter Jeff Wagner captured footage of the crowds as the protests unfolded.

The protest is now marching towards the Minneapolis PD 3rd Precinct, where protesters say the officers involved in… https://t.co/jWsjFtIhYT
— Jeff Wagner (@Jeff Wagner) 1590533329.0

While most of the demonstrators appeared to be peaceful, footage also emerged of a few of them breaking into a lot and attacking parked police vehicles.