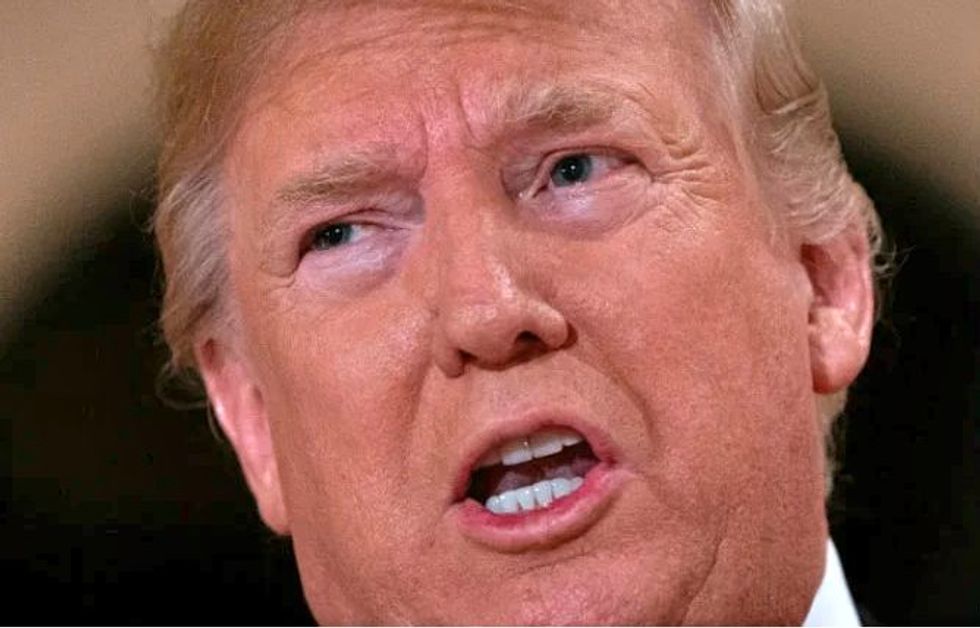 President Donald Trump revealed that the member of the Vice President's staff who tested positive on Friday for coronavirus is Mike Pence's press secretary Katie Miller. Miller happens to be the spouse of Trump's senior advisor Stephen Miller, as CNN reports.

The President used the news to advocate against coronavirus testing, suggesting that because someone could become infected any time after being tested it might not make sense to test for the virus that has killed more than 78,000 people in America to date.

"She's a wonderful young woman, Katie, she tested very good for a long period of time and then all of a sudden today she tested positive," Trump said during a lunch meeting with House Republicans in the State Dining Room.

The President said Miller has been tested repeatedly and her tests always came back negative, but this time she tested positive.

"This is why the whole concept of tests aren't necessarily great," Trump said, which violates medical experts' findings and policies.

Trump did not appear to understand that identifying those who test positive prevents the spread of the virus and allows them and others they may have infected to be quarantined. It also gives them time to get medical attention, which could be life-saving.

Trump's personal valet tested positive earlier this week. Some say the President should have been quarantined as a result.

The United States, which has the highest death toll and highest number of coronavirus cases currently ranks 40th in per capita coronavirus testing (where number one is the most tests per capita.) The U.S. also ranks 13th highest in per capita deaths.

The U.S. has had more coronavirus cases than the next six countries combined, but given the low amount of tests the true number could be worse.