‘We have them outnumbered’: Morning Joe explains why Trump’s ‘vile’ tweets don’t work on most people 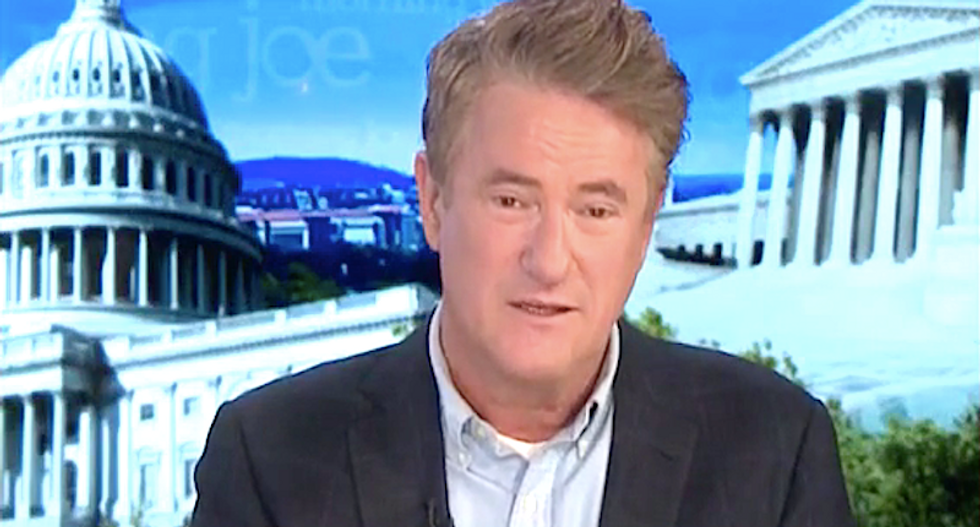 MSNBC's Joe Scarborough explained why most Americans could not be dragged down to President Donald Trump's level, hurling angry attacks and ignoring scientific advice.

The "Morning Joe" host said the president's refusal to wear a mask and his murder allegations against him would fall flat with most Americans, because they didn't spend all day stoking their own anger on social media.

"That old Paul McCartney quote that he probably doesn't remember saying, but it stuck with me 30 years ago when they asked Paul why he was such an optimist," he added. "He sed says, 'You know what? I think we've got them outnumbered.' Everywhere I go I look around and see good people. That's what I see in this pandemic. I see good Americans who want to take care of their families, who want to act responsibly, who shelter in place even when politicians were bumbling around making political calculations."

Scarborough said the president's repeated murder accusations were just a distraction from his failures of leadership.