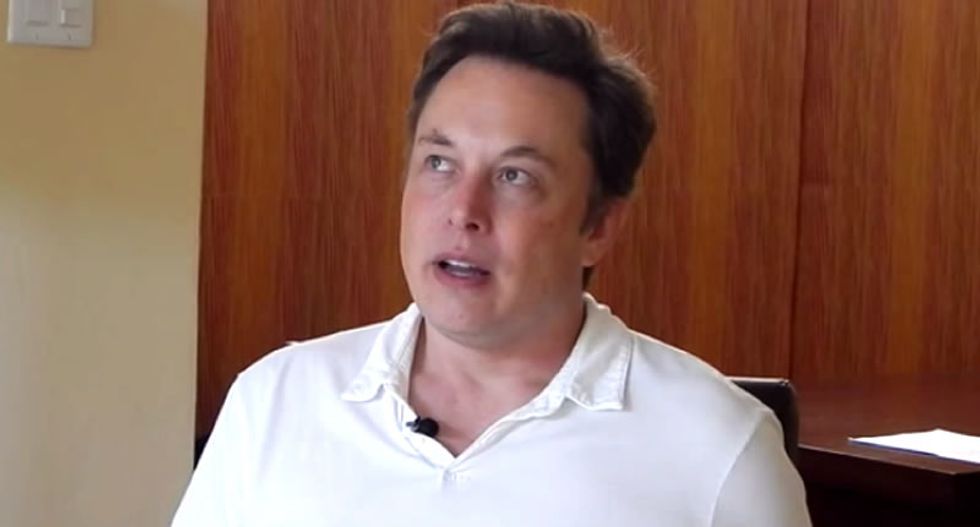 Tesla CEO Elon Musk this week said he was defying public health protocols to reopen an Alameda County car manufacturing plant in the middle of the COVID-19 pandemic.

Musk, who in recent weeks has come under fire for spreading misinformation about the coronavirus, said on Monday that he was willing to risk arrest to restart work at his plant.

However, one Tesla employee tells the Washington Post that rank-and-file workers are not on board with Musk's defiance in the face of a deadly pandemic.

Sources tell the Post that returning workers have been told to maintain social distancing and wear face masks as they resume production, but these guidelines don't appear to have been strictly enforced so far.

"Two workers at Tesla’s Fremont facilities, who spoke on the condition of anonymity because they feared for their jobs, said they were concerned about the sudden escalation of production," the paper reports. "One worker who reported to the factory over the weekend said people gathered in groups and there was little enforcement of social distancing practices."