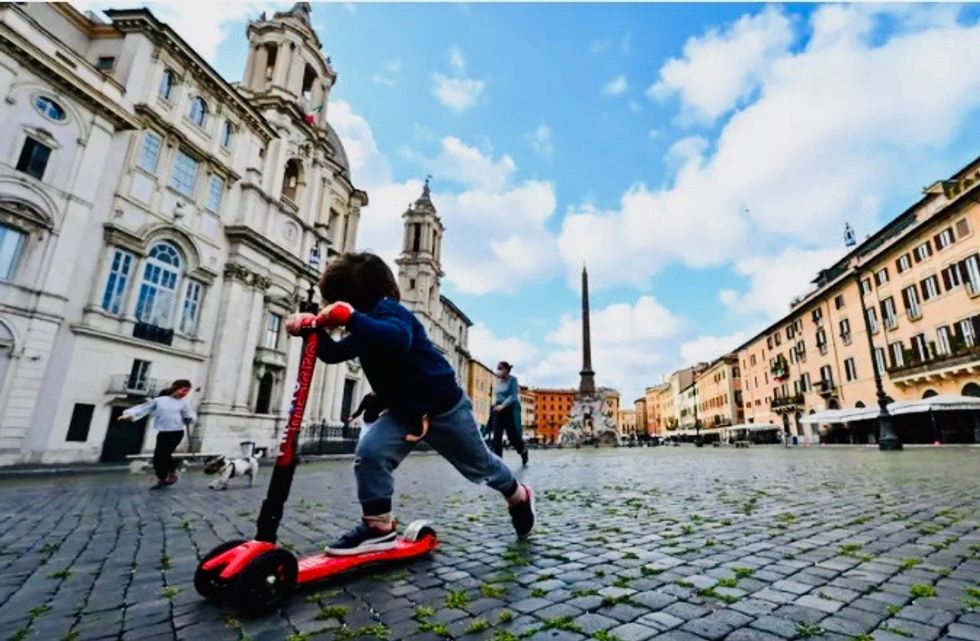 After a rapid rise in coronavirus cases throughout Europe – particularly Italy and Spain – tough public health measures “flattened the curve.” That is, the spread of the virus slowed enough so fewer people would need treatment at the same time. Hospitals would not be overwhelmed; COVID-19 patients would do better. Now, two months after implementing some form of physical distancing, European governments are planning to reopen their economies.

What can we learn from Europe’s example? The three of us – two professors at the University of Michigan and a Ph.D. student, all specializing in health policy and politics – are trying to answer that question.

According to the World Health Organization, these countries are focusing on four areas during their transitions. They are relaxing physical distancing in stages; they are tracking the spread of the disease better through improved testing and contact tracing; they are managing health systems; and they are putting in place social and economic policies to support the transition.

What is certain: Everyday life in Europe will not return to normal anytime soon. Relaxing measures are intentionally slow and replete with requirements for individuals and businesses. In most countries, people will still work from home when possible. Vulnerable people will remain physically isolated, or will at least be urged to remain so. In many cases, businesses, stores, schools and places of worship will reopen, but at lower capacity. Where physical distancing is not possible, most countries are either requiring or advising people to wear masks. 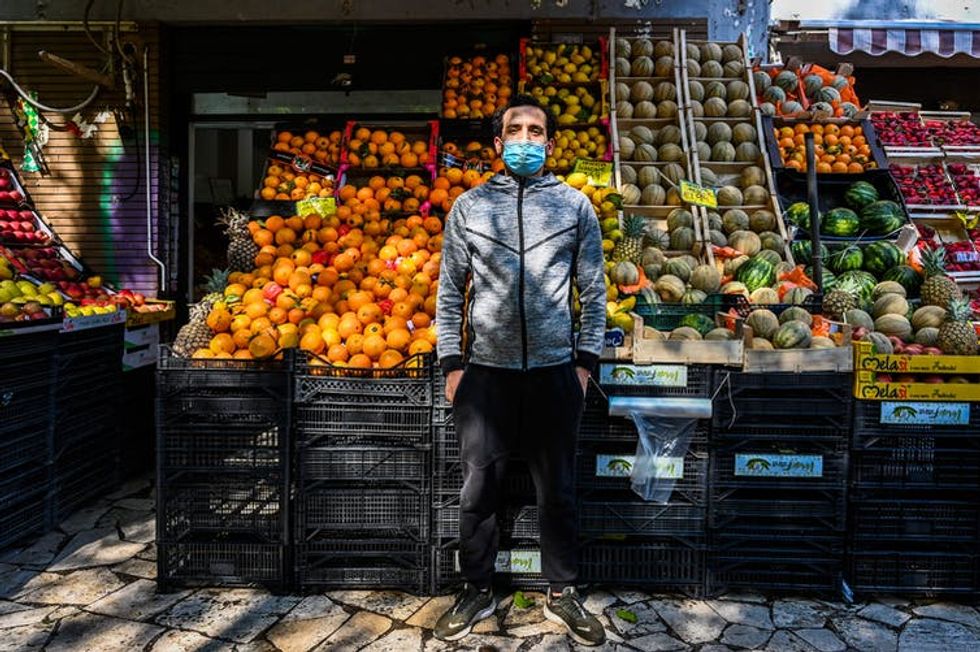 After weeks of lockdown, millions are returning to work in Italy.

France is using a “traffic light” system to indicate how severe COVID-19 is in different locations. “Red” parts of the country will face continued lockdown. “Green” areas will have looser restrictions. Spain, following a similar strategy, is pairing different levels of restrictions with a ban on travel between regions, at least during the early stages of reopening.

It’s too soon to tell how well this will work, but it’s likely the ability of the central government to coordinate actions in different regions and provide overall leadership will be key.

To make decisions about reopening, the countries are using scientific data. To generate its traffic light map, France is evaluating the number of new cases, hospital capacity and local testing capacity. In other countries, as in some U.S. states, the science behind their reopening decisions is less clear.

Governments remain cautious about moving between stages, however. Angela Merkel, Germany’s chancellor, has spoken of the fragility of German success in managing the coronavirus and the risk of opening too quickly. Edouard Philippe, the prime minister of France, emphasized his country could move forward or backward between stages. 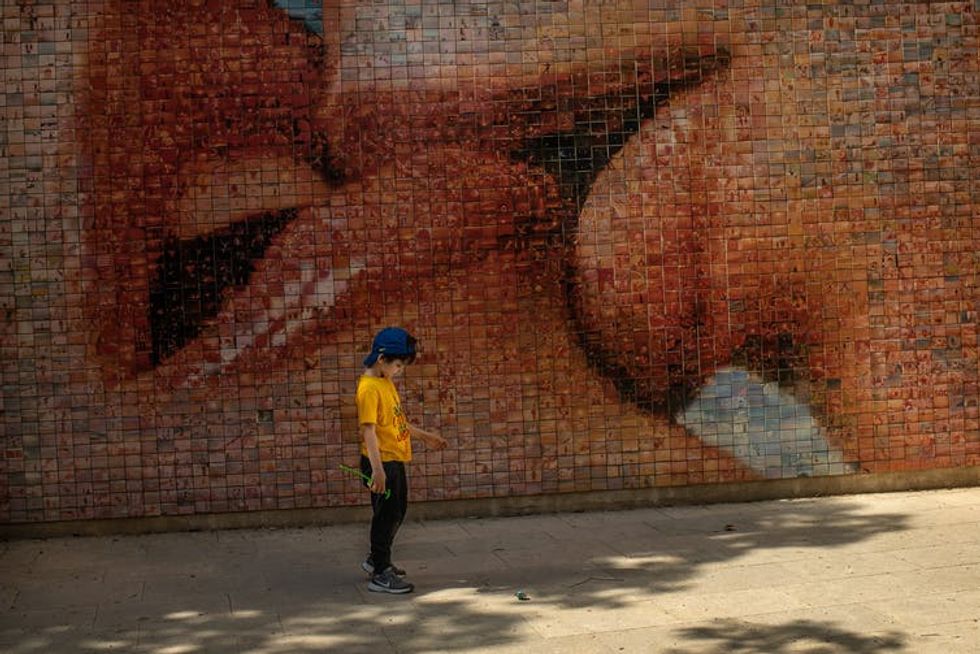 In Barcelona, Spain, a boy plays with spinning tops in front of a mural depicting a kiss. Although the government has allowed small businesses, from restaurants to bookshops, to reopen, many remain closed. Spain has had more than 25,000 reported deaths from the coronavirus.

Testing and tracing are key

Germany’s early testing and relatively strong contact tracing capacity has likely slowed the spread of coronavirus. The country is conducting a large number of tests, even on those with only mild symptoms; this more comprehensive approach generates a more accurate picture of the escalation of the disease. The World Health Organization warns that countries with a high percentage of positive tests are probably missing other cases of coronavirus in the population.

When it comes to tracking people exposed to the virus, some countries are emphasizing contact tracing by trained staff. Germany’s goal is to establish a five-person team for every 20,000 people. This level of contact tracing is similar to recommendations made by U.S. experts, but so far, few states meet this target.

European countries are also exploring technological solutions for tracking and managing the virus. Italy has selected an app that records proximity using Bluetooth technology. But the use of tech solutions is politically controversial and remains optional in many cases.

European governments are often willing, and sometimes able, to exert more control over their health systems than the United States. Across Europe, health care entities are consulting with government to plan capacity, and some governments, such as Spain, Italy and Denmark, have taken control of private providers and supplies. Governments in many countries decide when nonessential operations and treatments can resume, in contrast to the United States, where providers usually make the decision. They require hospitals to maintain a specific level of resources for COVID patients, like the number of ICU beds. They’ve also injected more funding into their health systems to make sure they can handle new waves of COVID-19 along with normal demands for health care.

Contrast that with the U.S., where the pandemic has thrown our fragmented health care system into a recession while increasing differences between different hospitals. 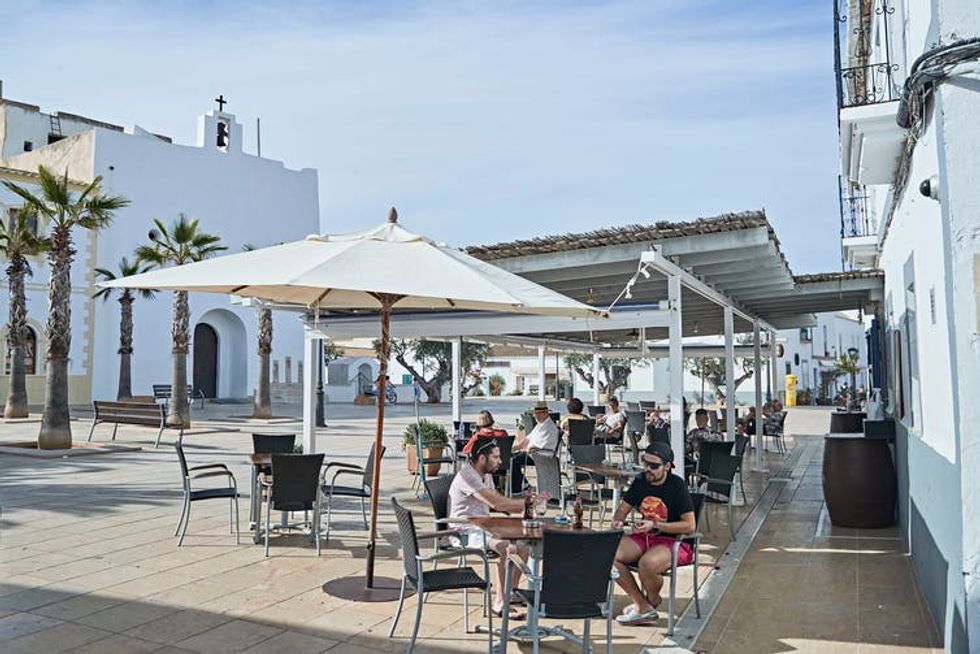 Formentera, Spain, where residents are slowly returning to bars and restaurants.

Finally, European countries are addressing the pandemic through social policies. Governments facilitate discussions between employers and employees, set minimum standards for employment contracts and ensure income replacement for those who can’t work due to physical distancing requirements.

For people whose work brings them into contact with the coronavirus, the Danish government has defined COVID-19 as a work-related injury that qualifies for government compensation. Switzerland requires employers to allow high-risk employees several options: to work from home; to obtain replacement work; to adapt the workplace to allow physical distancing; or to release the person from work but continue to pay wages.

The list goes on. In Italy, the government has taken steps to control the price of protective masks. Spain is giving them away free to the public. In France, it’s now easier to obtain short-term unemployment insurance. Questions remain, however, about the sustainability of some of these measures.

Europe’s debates about COVID-19 have many similarities with those in the United States. Governments have to balance economics with lifesaving public health actions. They don’t always get it right.

But key differences remain. The U.S. has long stood out for the fragmentation and market orientation of its health care system. Its goal has been efficiency and responsiveness to markets, not pandemic preparedness.

European countries are opening, some as quickly as the brashest American states, but with far more testing, attention to health care capacity and data than the United States. For their citizens, that means it might go better for them than for Americans.