White House remains a mask-free zone: ‘I don't wear one when I'm here' 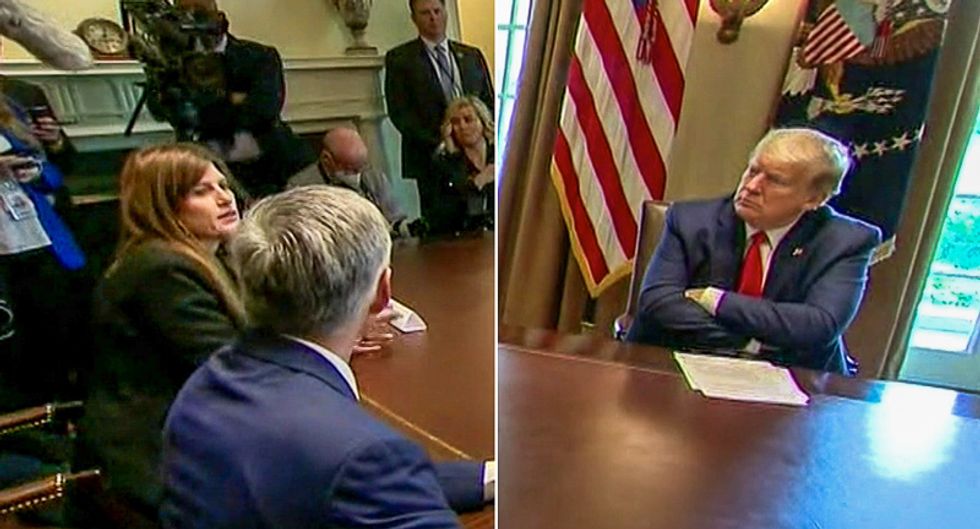 Vice President Mike Pence drew widespread criticism this week when he refused to wear a mask while touring the Mayo Clinic, where they're required -- but the White House remains a mask-free zone.

Very few of the Secret Service agents wear them, and even the staffer who performs temperature checks on reporters doesn't wear a protective mask, but President Donald Trump has publicly declared he would not and most of his staffers follow his lead, reported Politico.

“It’s a personal choice -- that's the whole point of the guidelines in the first place," said one White House official. "If you want to wear one, you can wear one. It's not a conscious effort to try and raise the alarm or not raise the alarm."

Melania and Ivanka Trump have posted photos of themselves wearing masks on social media, but the president has said he would choose not to wear one.

“With the masks, it is going to be a voluntary thing,” Trump said nearly a month ago. “You can do it. You don’t have to do it. I am choosing not to do it. It may be good. It is only a recommendation, voluntary.”

Most members of the media wear masks in their White House workspace or while waiting to cover an event, but few keep them on during the televised briefings, and most administration staffers don't cover their faces while working.

“I don't wear one when I'm here, but I take an Uber back and forth to work every day because the Metro and buses are so terrible right now," said one staffer. "But when I’m here on complex, just sitting at my desk, in a meeting where there's plenty of distance, I don't wear one.”

Matthew Pottinger, the deputy national security adviser who is married to a former CDC microbiologist, does sometimes wear a mask, and most of the cleaning crew also does so.

“A ton of cleaners are always wearing a mask and there seems to be a lot more of them around -- especially in the West Wing,” said a third White House official.