'Who are you sacrificing?' The View's Whoopi Goldberg corners Chris Christie for urging Americans to accept COVID-19 deaths 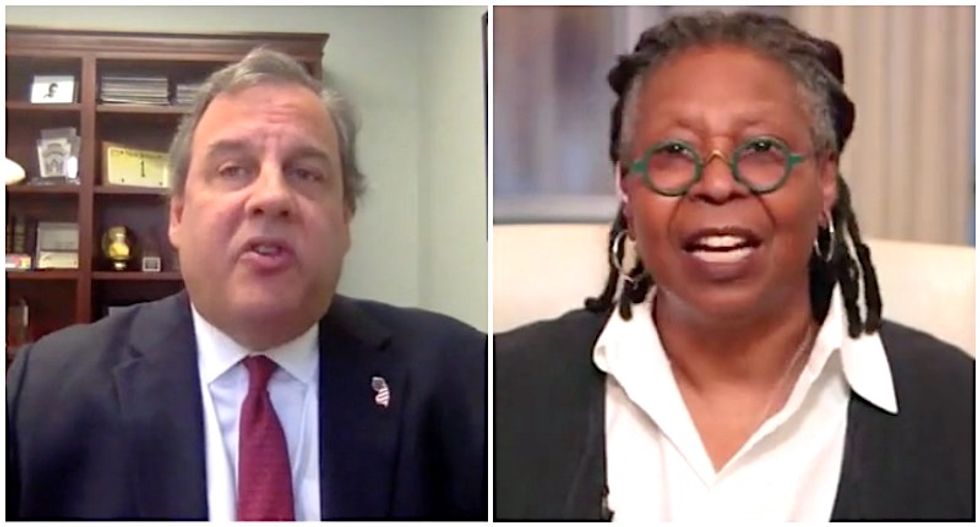 "The View" moderator Whoopi Goldberg immediately jumped on Chris Christie, and her co-hosts kept piling on.

"You upset a lot of people saying the country needs to re-open because people are going to die no matter what," Goldberg began. "You compared it to World War II, calling it a sacrifice for the American way of life. I'm asking, since you're suggesting that I sacrifice, who are you sacrificing? Who are you going to give up in your family?"

Christie tried to defend himself.

"It's a choice, that's what people don't understand what was said," Christie said. "We have 36.5 million people unemployed. We have in seven different states now the suicide rate going up."

Christie insisted that's not what he said, and said people were already suffering.