Who’s in charge of lifting lockdowns? 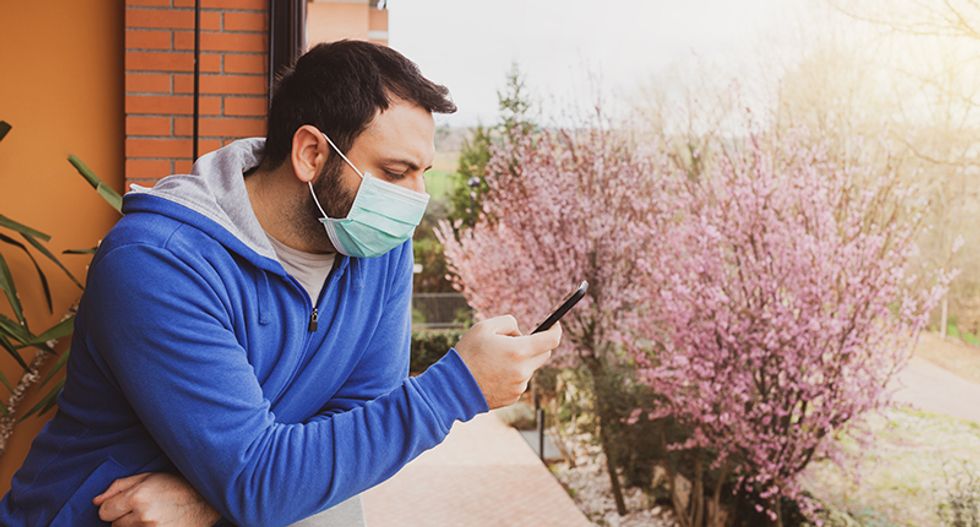 In a nation with more than 90,000 governments, responses to the coronavirus pandemic have highlighted the challenges posed by the United States’ system of federalism, where significant power rests with states and local governments. Wisconsin’s Supreme Court just overturned their governor’s order for residents to stay at home – and then several cities and counties imposed their own restrictions, very similar to the governor’s rules.

So who’s running the show?

I am a scholar of how different levels of government interact and work together to deliver public services, and my answer is: It depends.

At the national level, President Donald Trump has both told the 50 states to fend for themselves, and also claimed to have the authority to force states to “reopen.”

In the absence of nationwide coordination and leadership, governors have made their own decisions about how to contain the spread of the virus. Their decisions apply only to their own states, making the country a patchwork of varying efforts.

And as state governments start to lift their lockdown restrictions to varying degrees, the patchwork gets even more complicated. Then factor in the powers and responsibilities of more than 3,000 counties, nearly 20,000 municipalities and almost 13,000 public school districts around the country, and it becomes clear that the answer to “Who’s in charge?” is not so simple.

Who actually has the power to make binding decisions mostly depends on two factors. First, there’s what’s being decided: Is it about public health, police, hospitals, schools, barbershops or other businesses? Second: It depends on the state.

All 50 states, and lots more local governments within each of them, have voices in how the country reopens after the coronavirus lockdown.

Historically, the U.S. has divided responsibilities for different services and functions across levels of government, so they could be tailored to regional preferences where possible.

The national government handles things where widespread coordination and standards are important, like national defense, Social Security, space exploration and trade between states.

Before the Great Depression, state and national government duties were more clearly differentiated. But since the 1930s, this system has evolved, and the distinctions between which levels do what have blurred and blended.

For instance, states are in charge of public K-12 schools and public universities, but the federal government ensures school districts comply with rules about equal access for all students, and provides grants to support needy children and university research.

Likewise, state governments build and maintain the interstate highways, but the federal government pays many of the costs.

Today, this mixing of responsibilities has made difficult a nationally coordinated response to a pandemic whose effects are mostly local. State and local officials have tried to respond as best as possible, but they do not have the information or buying power of the federal government.

On the other hand, the president or Congress can decide to give more money to states that go along with federal requests, and potentially cut funding to states that don’t.

States depend on federal money for a wide range of programs related to criminal justice, education and highways, so this type of influence can be very effective. 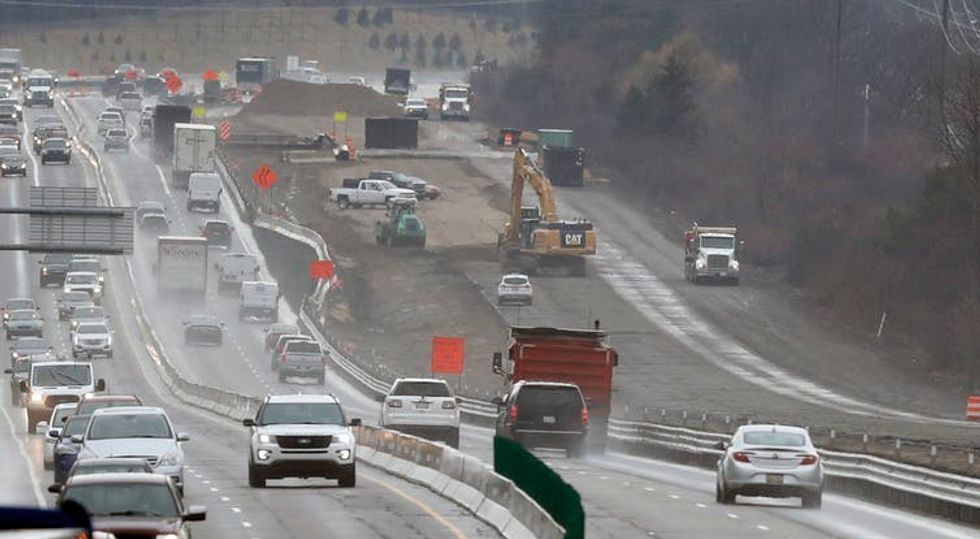 State highway departments do the construction, but much of the money comes from the federal government.

The second important element comes from another aspect of American federalism: The Constitution ensures that states not only retain powers beyond the federal government’s; they are also very independent from each other. Each state can develop its own policies and systems for delivering the services its residents need.

That means there could be 50 different approaches to combating a pandemic that does not stop at state boundaries. And therefore, the state with the most lax standards may be the one setting the protection level for the whole nation. For instance, the state of Arizona is rapidly relaxing its stay-at-home rules, even allowing restaurant customers to dine inside. Hair salons and theaters are also reopening. Neighboring California is remaining mostly closed, though people can travel freely across the state lines.

As if that weren’t muddy enough, each state relates differently to its local governments. Constitutionally speaking, there are only two levels of government in the U.S.: the national level and the states. Courts and lawmakers have determined that local governments are extensions of states, with varying levels of independence.

In most states, local governments must seek permission from their state legislature before making new regulations, like governing drone flights, or creating a new tax, such as on short-term home rentals. Other states take a different approach and allow municipal governments to take on whatever responsibilities are not expressly reserved to the state government by that state’s constitution.

All this means that responses to the pandemic vary not just from state to state, but also within states.

The way these overlapping authorities play out is relatively easy to see when looking at how school districts, one of several types of local governments, responded to the coronavirus outbreak. In most states, local districts acted on their own. In general, it took a week or two before state departments of education ordered statewide school closures, which affected those local districts that hadn’t already shut their doors.

It took as much as three weeks for states to issue general orders or recommendations for residents to shelter in place – though in some states those instructions never came, even though all the nation’s schools were closed. 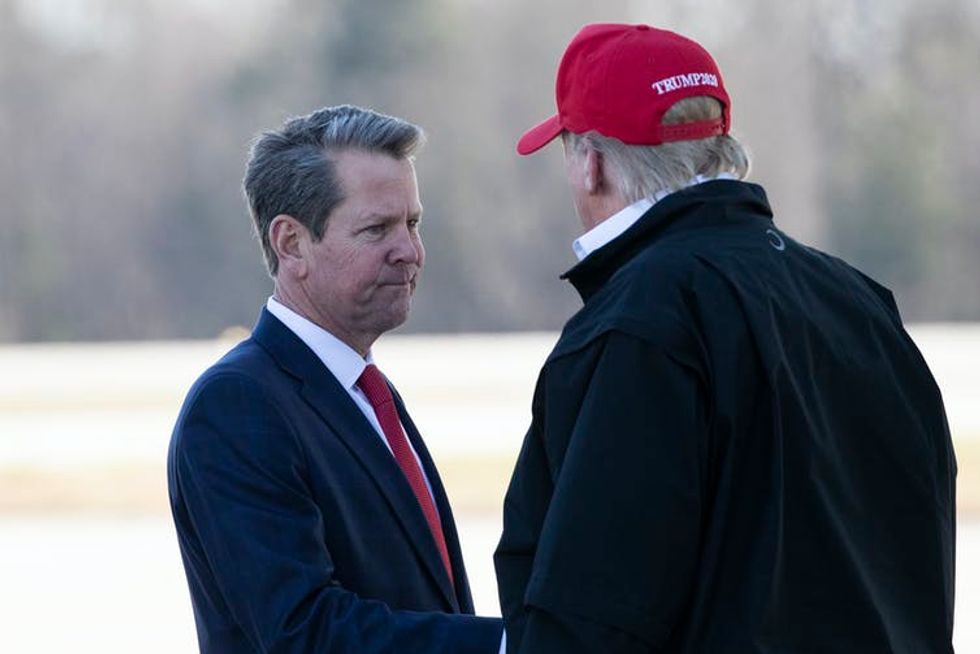 A patchwork of rules

As states begin to reopen, similarly confusing processes are happening in reverse.

While many state governments have now begun to loosen restrictions, some communities within those states have wanted to keep their local shelter-in-place orders in effect because they remain concerned about public health. In Georgia, local efforts to maintain restrictions have been overruled by the governor’s office. The Texas Republican governor has relaxed the statewide rules and explicitly said his reopen orders override any local restrictions.

Utah never established a shelter-in-place order and relied only on recommendations. Urban communities in the state set their own restrictions, and the legislature responded with efforts to limit the ability of local governments to put such measures in place.

Colorado is taking a different approach as the state relaxes its restrictions by explicitly allowing local governments to determine if they want their restrictions to differ from the state standard.

This diversity of precautions and actions can also be seen as one of the strengths of federalism, because it allows the public to see how different responses may affect how quickly the virus spreads. The local and state decisions are creating experimental laboratories for finding different ways to move back into a fully operational economy.

And that’s why your barbershop is still closed while the one in the next town or next state over is already open again.