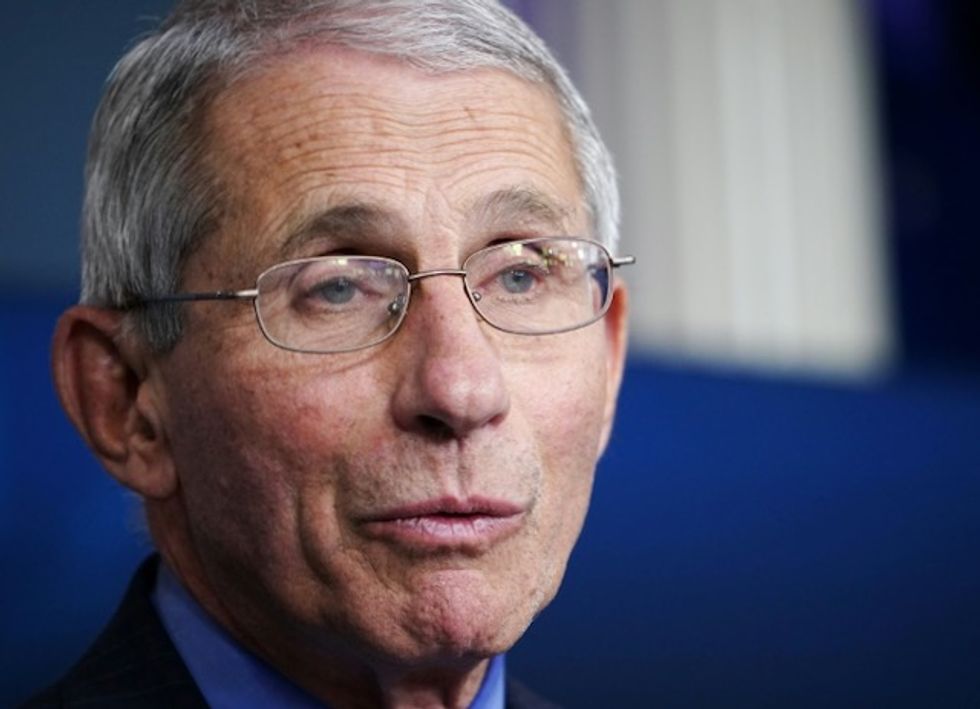 A woman who had accused Dr. Anthony Fauci of sexual assault now claims she was paid to lie about the public health expert by a pair of President Donald Trump's supporters.

The woman says right-wing provocateur Jacob Wohl and his frequent accomplice Jack Burkman persuaded her to cast Fauci as the assailant using details from an actual sexual assault she survived just after high school, and they paid her to do it, reported Reason.

"The reality is that I've known Jacob since 2018 and that he charmed me into taking money to do this (see attached picture of us together)," said Diana Andrade in an email to the website. "[They also] had me do something like this…back in January."

Andrade said she decided to abandon her claims and try to record incriminating evidence against the pair after Wohl asked her to find another woman to accuse Fauci of sexual assault -- as they've done to former special counsel Robert Mueller and Sen. Elizabeth Warren (D-MA).

Andrade reminds the pair that COVID-19 was dangerous, and asked them to take the outbreak seriously -- but Burkman seemed excited about mass deaths.

Andrade sounded horrified by his "survival of the fittest" argument, and then Wohl begged her to keep her mouth shut and stick with her story.

"What could be wrong, Diana?" Wohl asks. "You did a good job, you got paid. What's the problem? What seems to be the issue? You're freaking out. You're texting me late at night. What's the issue?"

Andrade asks whether a man who hand-delivered five figures to her in Los Angeles was actually a lawyer, as the pair claimed, and Wohl boasts that the attorney has White House connections.

Shortly after the call ended, Andrade decided to send the recording to Reason and expose the pair's nefarious scheme.