'ANTIFA provocateur': Trump smears 75-year-old activist by name after Buffalo cops shoved him to the ground 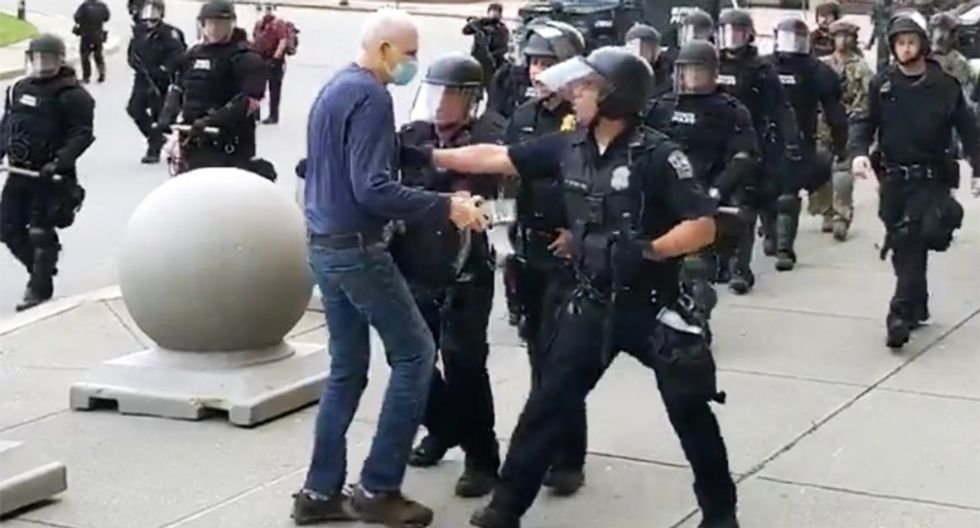 President Donald Trump smeared a 75-year-old protester by name who suffered a serious head injury after Buffalo police shoved him to the ground.

Longtime activist Martin Gugino was shown on video approaching officers with his hands out to the side, holding a phone in one hand and a police helmet in the other, when two officers rushed him and shoved him to the ground -- knocking him backwards onto the concrete.

"Buffalo protester shoved by Police could be an ANTIFA provocateur," Trump tweeted, citing no evidence. "75 year old Martin Gugino was pushed away after appearing to scan police communications in order to black out the equipment. @OANN I watched, he fell harder than was pushed. Was aiming scanner. Could be a set up?"

Two officers -- Aaron Torgalski and Robert McCabe -- were charged with assault in the incident, and Gugino remains hospitalized in stable condition after bleeding from his head.