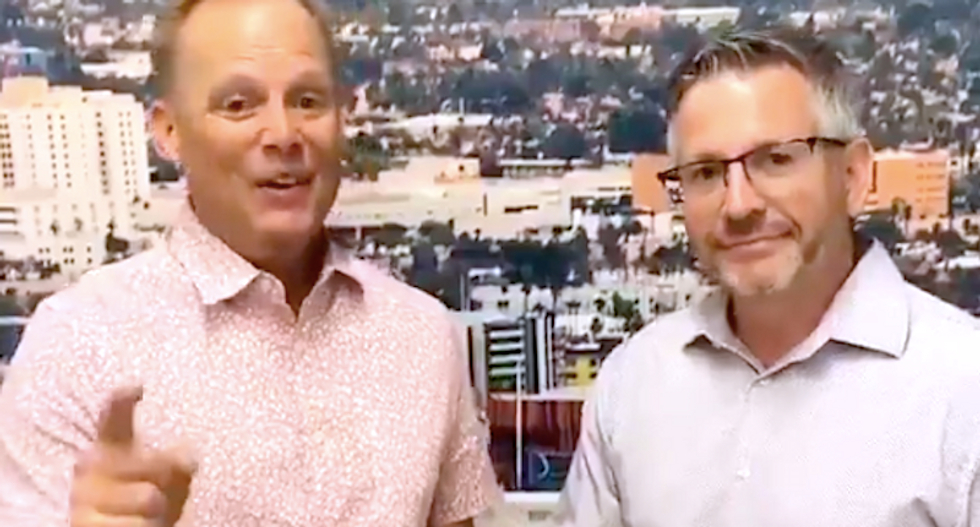 A megachurch pastor hosting a President Donald Trump rally this week in Arizona says he has installed an air purification system that he claims will kill the coronavirus.

Dream City Church Pastor Luke Barnett and chief financial officer Brendan Zastrow announced in a promotional video that Clean Air Exp had developed a product that would eliminate nearly all traces of the virus from the air, reported TMZ.

"We have a local Arizona company with technology developed by some members of our church," Zastrow said. "We've installed these units, and it kills 99.9 percent of COVID within 10 minutes from independent testing."

The pair claimed the product used ionization to remove virus particles from the air, and Barnett claimed his Phoenix and Scottsdale churches were completely safe.

"When you come into our auditorium, 99 percent of COVID is gone, killed -- if it was there in the first place," the pastor said. "You can know when you come in here you'll be safe and protected. Thank God for great technology, and thank God for being proactive."

The Centers for Disease Control has not confirmed that ionization is effective against the coronavirus.

The church rented its auditorium to the student group Turning Point Action, which is hosting the president during his visit to the state, but church leaders claim they were unaware Trump would appear at the event.