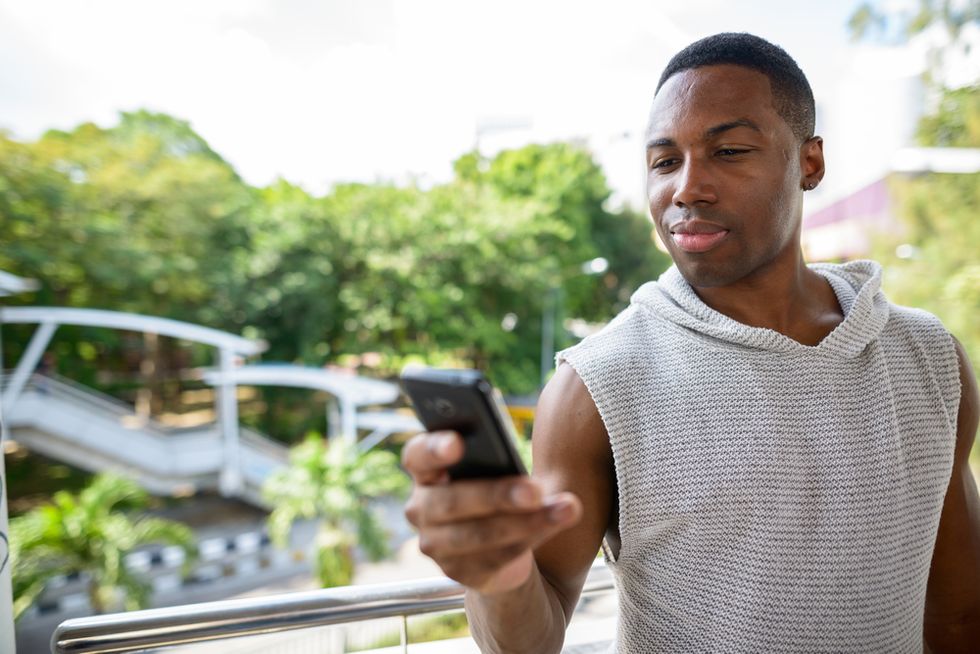 A black man looks at his phone (Shutterstock).

A pair of white men called out an Atlanta restaurant server after the employee overcharged some Black men they'd befriended while eating out.

Shane Smith and a friend were seated near three Black men at La Hacienda, and the two groups got to talking while enjoying their food and drinks -- and he intervened after the Black men complained about possibly unfair treatment, reported WGCL-TV.

“One of the guys calls out, holding the bill, and says, 'Hey, did you add auto gratuity to this?'" Smith said. "He’s asking the server, and the server goes, 'Yeah, yeah, we add that to everybody’s bill."

The server had added 20 percent gratuity to their bill and refused to remove it, but Smith noticed that hadn't been added when the server dropped off his bill a few moments later.

“So I looked at the server and said, 'Do you guys add auto gratuity to everyone’s bill?' and he goes, 'No, we don’t,' he winks at me and says, 'No, not everybody’s bill, just some people. Then he nods over to the Black people."

“It was just so blatant,” he added.

The restaurant owner said the server immediately quit when he was confronted over the apparent racial double standard, and promised to make amends if the Black men return.

“Definitely a gift card and an apology," said owner Gabe Magana, "and I know that’s the least I can do for what happened."