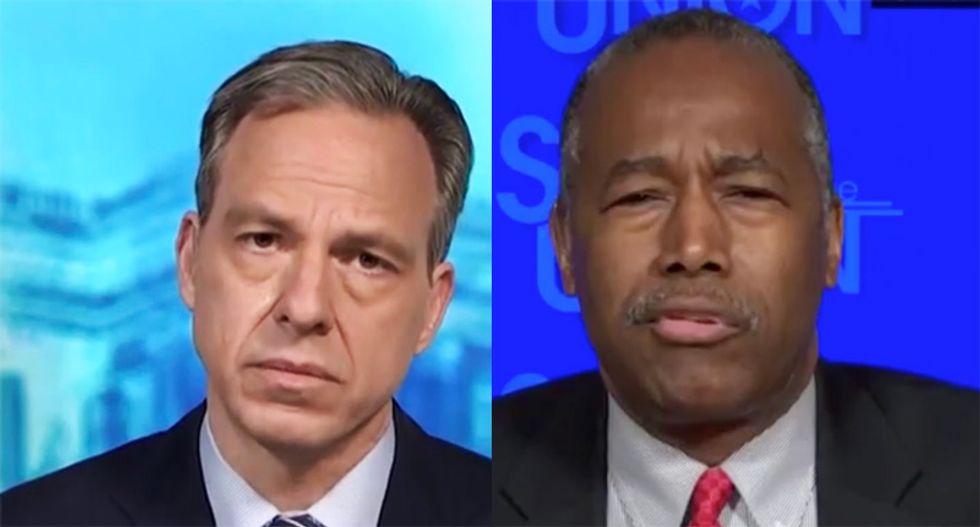 During his interview with CNN's Jake Tapper, Housing and Urban Development Secretary Ben Carson found himself being confronted with tweets made by Donald Trump attacking the character of George Floyd who was murdered by four now-fired Minneapolis cops.

After Carson expressed his own horror at how George Floyd died at the hands of the police, Tapper brought up the president's re-tweets of posts slurring the victim of police abuse.

“I know you didn’t retweet this, but the president did,” Tapper began. “Does that help the nation heal?”

“What will help the nation heal is if we will engage in dialogue together,” Carson attempted. “Let’s not make the solution be a Democrat solution or a Republican solution. Let’s make it be an American solution and recognize that our country is extraordinary.”

As Carson added that the public can't “allow ourselves to be manipulated into thinking that we hate each other and destroying ourselves," Tapper brought him back to the death of Floyd and the president in particular.

Carson dismissed the question, saying the president would have more to say about it later this week.