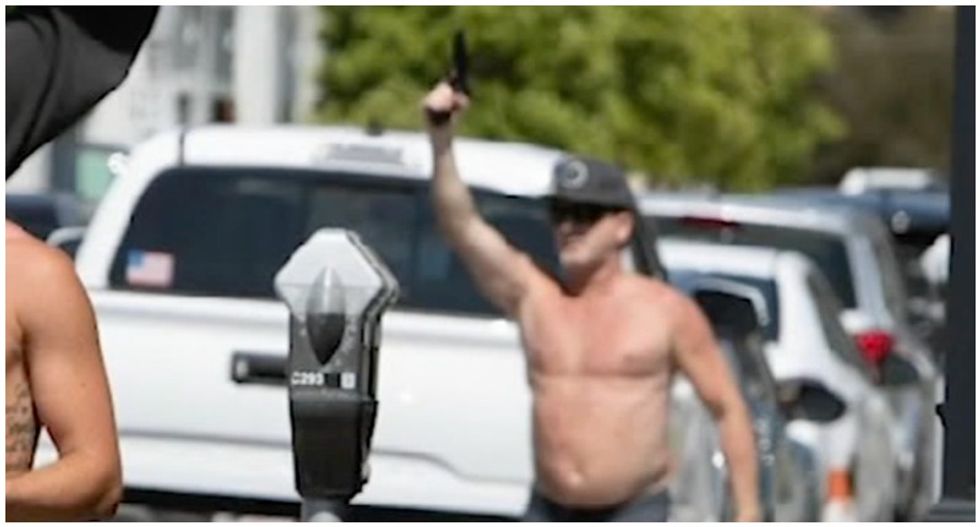 Police say a man brandished a handgun at a demonstrator during a protest in Newport Beach, California, this Wednesday afternoon, and now they're looking for more possible victims, ABC7 reports.

According to witnesses, a shirtless white man with a gun approached a black man and shouted "black lives don't matter." When the man confronted the suspect, the suspect pointed the gun at him and then ran away.

"The suspect and victim were involved in a verbal altercation when the suspect brandished a black handgun from his backpack and fled from the area," the police department said in a press release.

Watch ABC7's report on the story below: