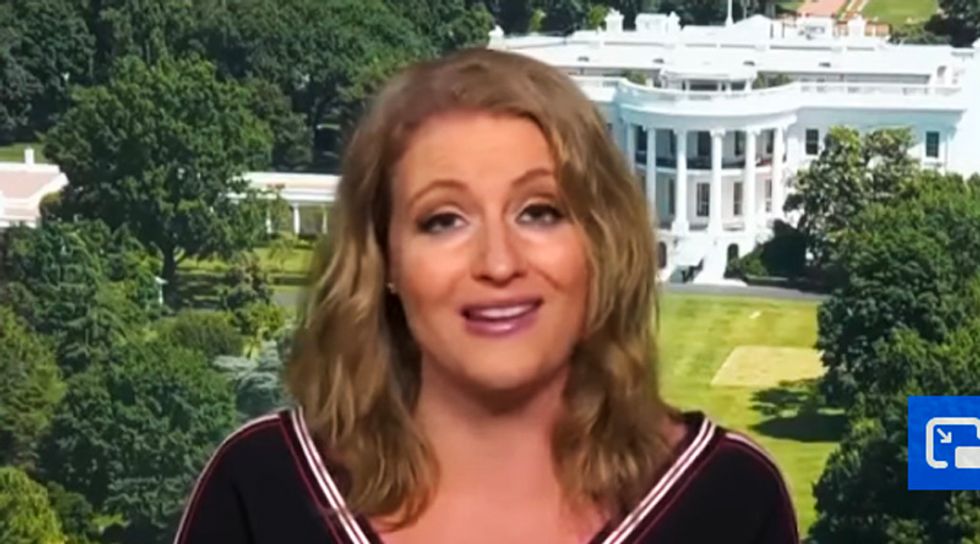 Jenna Ellis, Senior Legal Adviser to the Trump 2020 campaign and personal attorney to President Donald Trump, is being mocked on social media after posting a tweet suggesting Christianity is under attack and might be canceled. Few seem to know that her tweet follows her diatribe posted at the far right Breitbart website falsely claiming "The Left Will Cancel the Constitution."

Ellis is an anti-LGBTQ religious extremist who supports criminalizing homosexuality. GLAAD has an entire page documenting her attacks on the LGBTQ community.

"I’m going on record now," Ellis dramatically declared in a tweet (which automatically is on the record,) Monday night. "If they try to cancel Christianity, if they try to force me to apologize or recant my Faith, I will not bend, I will not waver, I will not break. On Christ the solid Rock I stand. And I’m proud to be an American."

Ellis, a constitutional law attorney, did not say who "they" are, but presumably is aware of the First Amendment to the U.S. Constitution. Despite claiming "the left" is going to "cancel" the Constitution, there is no evidence that Christianity or the nation's founding document are in danger of being deleted.

Many on social media mocked Ellis.

@JennaEllisEsq I can’t believe I got to say this to a lawyer, beczuze Jenna, no religion is going anywhere because… https://t.co/YYIHNsanj9
— David Weissman (@David Weissman)1592877886.0

@JennaEllisEsq What if they ask you to support a man who said that he grabs women by the crotch? What will you do about that?
— JRehling (@JRehling)1592870788.0

@JennaEllisEsq the self-victimization is strong with this one
— Kendall Brown (@Kendall Brown)1592872936.0

Posing as brave in the face of fictional oppression is the ultimate privilege. https://t.co/1PLo3isiRE
— Steve Silberman (@Steve Silberman)1592881305.0